The first real teaser trailer for Wong Kar Wai's The Grandmasters has been released as well as a few new stills from the movie. It's hard to say if the footage is actually from the film or if it's specifically made to show how the fighting style will be and to get something out there.

I really don't like the green tinge to everything, and hope the film looks more like the stills which look amazing. Compare them below. 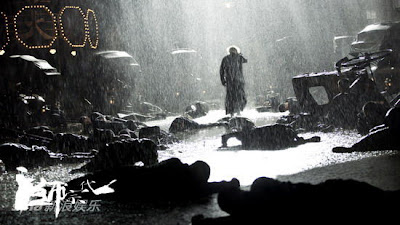 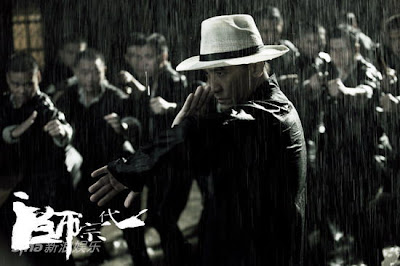 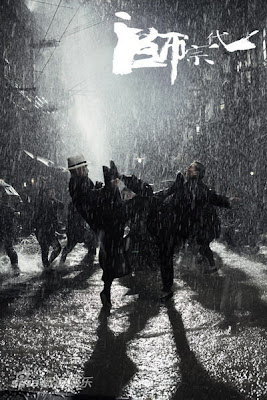 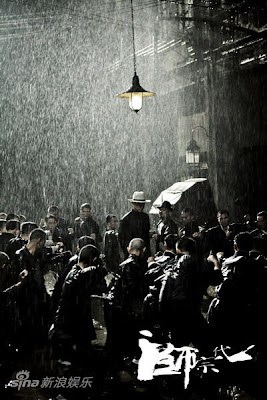 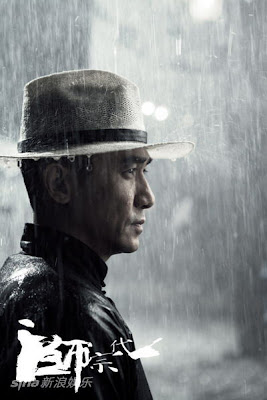 Does this mean the film is closer to a release? I doubt it, it is Wong Kar Wai after all, but you never know!
Posted by A hero never dies at 6:47 PM

reminds me of the epic ip man :D

I wish he would really just get it together and have the film finished and releashed. There really needs to be a documentary about WKW's tedious working style.

Have you seen Buenos Aires Zero Degree: The Making of Happy Together?

Magixx, it's another version of the same story.

Dr.Lamb, I haven't seen it yet but I have the Happy together blu ray and it's on there. It's just taking WKW type time to get around to it!

Yes, the sooner it's finished and out the better.

How long has this film be in production? I heard it's been like 8 years or something. Man, talk about a delayed film! I don't know about Tony Leung, he's a first-class dramatic actor, but not really a martial arts actor. He's done some action roles in the past, but he's not the Jackie Chan/Jet Li/Donnie Yen sort of action star. We'll see how this film turns out. The Ip Man movies had some killer martial arts scene (not surprising with Donnie Yen), but in terms of story, it was rather ordinary and predictable. Hopefully, with Wong Kar Wai and Tony, there can also be some dramatic heft to the action as well.

Anon, Hong Kong cinema has a history of using dramatic actors in martial arts action roles and he looks good in the trailer so fingers crossed. I'm sure the story will be more involving than the Ip Man films.

There has some HK actors in martial arts role, but if you are talking about true training in martial arts, Tony is no Jackie Chan or Jet Li. And people don't see him as a Jet Li. He his first and foremost a dramatic actor, not martial arts star. It reminded me of the Detective Dee movie, a fun movie which I liked alot overall, but you can tell that Andy Law (as a singer hearthrob) wasn't really up to it in terms of the action scenes. I fear that would be the same with Tony here.