As I mentioned here in my review of Yves Montmayeur's Johnnie got his gun, Montmayeur had covered similar ground before in a documentary film called Milkyway Images La cine-factory de Johnnie To. This shorter film runs only 26 minutes and is included on the bonus dvd of the French release of To's under appreciated Breaking news. 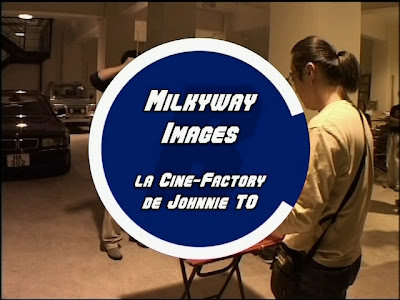 During it's shorter running time Milkyway Images has more insight into the day to day process of filmmaking than the later film achieves. It follows a similar structure to the later film by having a mix of behind the scenes footage, interviews and a guided tour of Milkyway headquarters by Shan Ding. The dialogue is a mix of English and Cantonese with a French narration over the top, no subtitles are included so the Cantonese parts are lost on me but with the exception of To and a couple of other small contributors just about everyone speaks English and it's loud enough you can make it out. 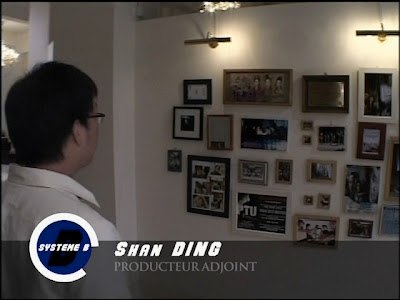 The tour of the building is fascinating, taking in the office where the bulk of research and prep is done (for Breaking news in this case). The attention to detail is extremely impressive, from outfits to the weaponry and the locations, everything is meticulously planned. The most interesting parts for me were the areas of the building that have sets constructed in them, including the apartment from Breaking news and what looks like the bar from Throwdown.


Interviewees include Simon Yam, Andy Lau and Dennis Law, who all speak in English with Dennis Law having the most interesting comments. He's obviously a better producer than director! 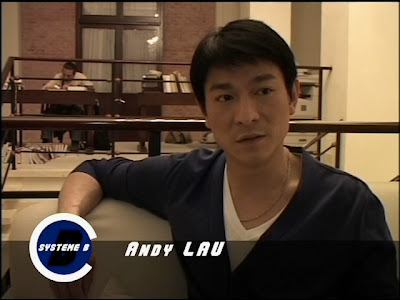 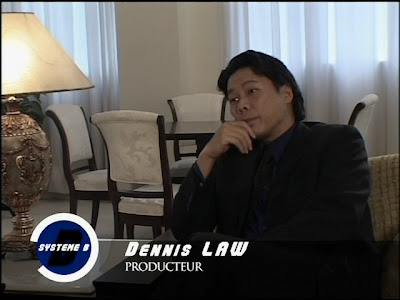 I enjoyed Milkyway Images much more than Johnnie got his gun, it's much less egocentric than that film was, both in subject and style, and is all the more interesting for it. As far as I'm aware the only way to get this film is on the French dvd of Breaking news. As is usual with French dvds the disc doesn't include English subtitles and unusually the actual quality of the dvd is no better than the English friendly options available. I picked it up on ebay for not too much, it's a lovely package and the addition of the documentary makes it well worthwhile. 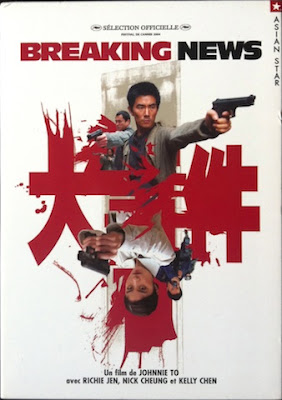 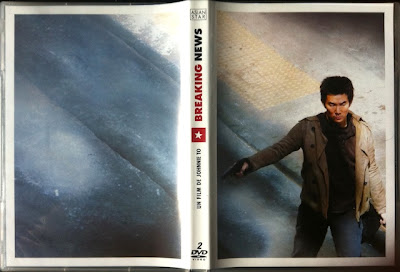 Sounds good. Is it the offices with the goods elevator? Do they interview Martin (Chappell)?

It is Dan, no interview with Martin Chappell here though. It's very worthwhile if you get the chance.