A landmark Hong Kong movie from 1974, Games gamblers play was not only the directorial debut of Michael Hui but also the first film Michael, Sam and Ricky Hui appeared in together. A massive hit at the box office in Hong Kong, the success of the film helped Golden Harvest out of some financial trouble and also helped Hong Kong cinema migrate from Mandarin to Cantonese dialogue in films. 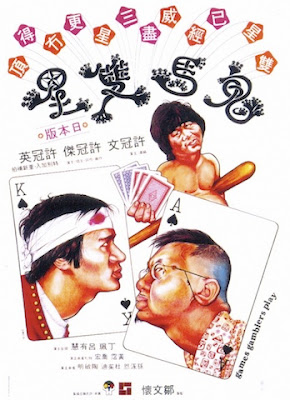 Michael Hui and Sam Hui meet in prison when forced to share a cell, Michael is a con man and Sam is trying to be one. A love of gambling bonds them together and they decide to team up when out of jail. Once out they try anything and everything to get rich quickly including tv shows and gambling on just about anything. Trouble is they aren't very good at it, and everything they try seems to fail, that is until they come up with a sting on a local gangster...

The film has an extremely thin excuse for a plot, and is really just an episodic collection of sketches strung together, and this would be the template for their future output including probably the Hui's most celebrated film The Private eyes. This is not unusual even now I suppose, particularly in action and comedy movies but in these films barely any attempt was made to hide it. 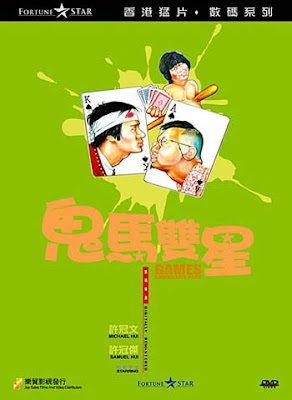 What it does have is the talents of the Hui's, it isn't the best example of their work by any means but it's easy to see why the film was so successful and why they would go on to dominate the Hong Kong box office during the seventies. The chemistry between Michael and Sam is excellent and the scenes they share are mostly the best in the film. I say mostly as the scene with Sam and Ricky is extremely funny, Ricky only has this one scene in the movie but it's a cracker! The soundtrack also played a part in the success with Sam's song from the movie being a massive hit in Hong Kong and it features a few times in the movie, it's irritatingly catchy too! 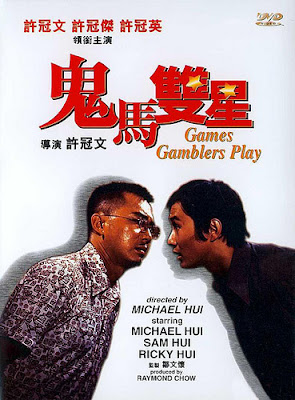 As is usual with Cantonese comedy, I feel I'm missing out on some of the gags due to things not translating into English very well and/or parts of Chinese culture I don't understand. In particular the impenetrable world of Cantonese slang and it's usage is notoriously difficult for non Cantonese speakers as it just doesn't come across in subtitles. While certainly not the Hui's funniest film it really did amuse me and made me laugh out loud a few times despite the language barrier.

If you're new to the Hui brothers I would start elsewhere, the aforementioned Private eyes would be the be the ideal starting point, if you don't like that film then the Hui's really aren't for you!
Posted by A hero never dies at 4:44 PM

This is not a film that succeeds because of its plot but rather because of the charm of its leading men and their impeccable comic timing. Fresh-faced Michael and Sam are undeniably charismatic, drawing attention to their fun performances and away from the flimsy story.

The gag in the poker game involving Ricky Hui is executed perfectly, and it is utterly amazing that with films and TV shows liberally borrowing ideas from one another that the punchline from this truly memorable scene hasn't appeared more often over the years.

In terms of pure gambling comedies, Games Gamblers Play is definitely not the top of the heap, but it's undeniably much closer to the top spot than it is from the bottom.