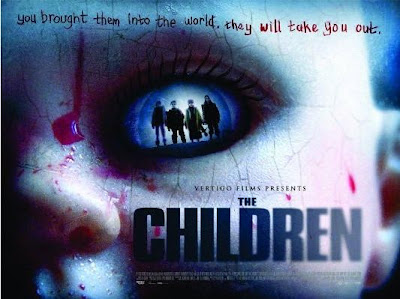 Imagine the scene, you take your family to your sisters for a Christmas party. The kids play like young children do, while the adults chat and drink. The kids succumb to a mysterious illness, leading to a life or death battle with your own children.

This is the premise of Tom Shankland's The Children, the rarity that is a modern British horror film. Preying on the fears of harming your own child, the film goes all out in exploring the concept. It's a ballsy idea that for the most part really works, thanks to the conviction of the writing and direction. 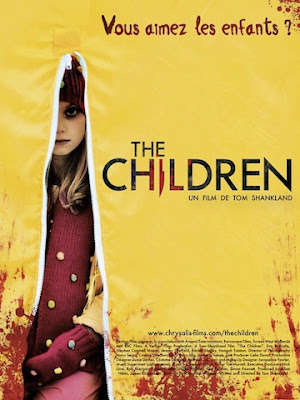 The first third of the film is a little slow moving with perhaps too much time taken setting up the characters, which would be fine if they weren't so nauseatingly upper middle class. It's pretty well set up and it's clear what's going to happen, you're just left waiting for it. When the shit hits the fan it's worth the wait, the film has some pretty nasty moments as well as an interesting psychological edge. 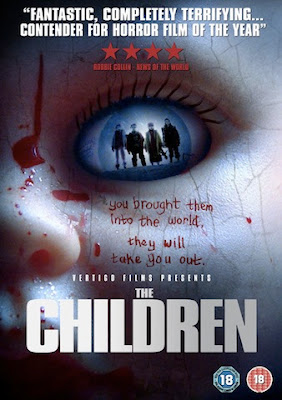 The most alarming thing about the film from my perspective, not being a parent, is that I found the scenes in the first third with the children running amok, screaming and crying far more frightening than when they were on their killing spree! That's probably just me though, based on looking after my two young nephews a few times, so don't let that put you off a refreshingly brave and nasty little film. 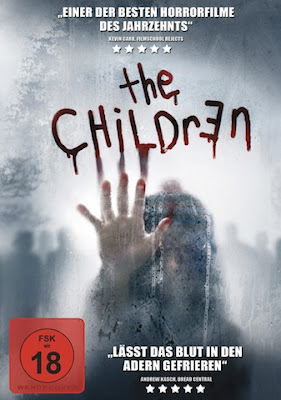 Email ThisBlogThis!Share to TwitterShare to FacebookShare to Pinterest
Labels: The Children, Tom Shankland

Good stuff Mart, I hadn't heard of this one before now - I shall see it if comes my way... The kid-horror film is a tricky one to get right - the child actors really have to sell it. Children of the Corn blew it, but the 1974 chiller Devil Times Five is pretty good. The best one so far is the 1976 Spanish film Would You Kill A Child - fantastic movie...

Great stuff Marty. I saw this a while back and had so much fun with it. The parents are so deliberately snooty and self-absorbed that you don't really care when they meet their grisly demise. It kinda makes the whole thing more enjoyable in a morbid kind of way.

This is probably my favorite "killer kid" movie. I was shocked at how great the kids were in the film, considering how young they were. I've heard some mixed thing about this one, so I'm glad you appreciated it, AHND.

Wow, I don't think I could disagree with any assessment as strongly as I do with that one. THE CHILDREN was a profoundly terrible movie. Painfully amateur, slapdash direction and even worse zero-attention-span (and zero-attention-to-detail) editing, to the point that it's difficult to even know what's going on at times. People screaming and acting absolutely hysterical for no apparent reason at all. It's just a bad, bad film, and nothing good can be said of it.

It sort of sucks that the first comment I leave here is a negative one. I can't even grasp for a straw of a good thing to say on this one, though. BAD movie. And not in any good ways.

If memory serves, there has been several horror films revolving around children (a popular theme it seems in suspense/thriller flicks). Films like "Children of the Corn", "Village of the Damned", and of course classics like the flicks "The Ring" etc.

This is a great movie and one of the best horror movies from that year!

I've watched this one several times now - the first time I saw it, I really didn't like it. The second viewing however, I really appreciated how shocking and disturbing it actually is. Shankland really pushes the boundaries for what is still a pretty taboo subject in cinema: i.e. violence towards the young. And as much as I chuckled about the fact that you found the scenes in the first third with the kids running amok, screaming and crying, far more frightening than when they were actually on their killing spree - you may have a point! The film really taps into how self-absorbed and 'odd' children can be, especially when playing and daydreaming off into their own little worlds. Those brats gave me a headache! ;)

Wes, it's worth a watch if you get the chance. I've never seen Would you kill a child, I'll see if it's still available.

Dr.Lamb, it is a fun movie with a definite edge provided by the premise. Completely agree re. the parents, I think that was very deliberate to sharpen that edge.

Aaron, just check some of the other comments for a different view, but I really enjoyed it.

Cinemarchaeologist, thanks for your comment and welcome to the blog. I appreciate any opinions not just the ones that agree with my own! so don't worry about your first one being negative.

I stand by my comment though as regardless of the qualities of the filmmaking, I do feel it is refreshingly brave and nasty purely on the films theme alone.

Anon, Yeah, but it's unusual to find this level of child violence (both ways) in any movies.

Jesper, glad you dug it so much, I found it very effective.

James, Good points regarding the kids. I'll certainly revisit the movie sometime soon, I'll be interested to see how I feel about it after a second view!

Shaun, It's fascinating how wide the range of opinion has been on this movie. I do think the filmmakers were trying to make some sort of comment by having the parents be so class specific, or it could have just been to make them more obnoxious!

I almost passed on this one, figuring that the "killer kid" subgenre had just about been done to death. On the basis of your review, I decided to give it a go. Many thanks! This one's a belter.

Glad you liked it Neil, there doesn't seem to be
much middle ground with this one, it seems everyone really likes it or really hates it.