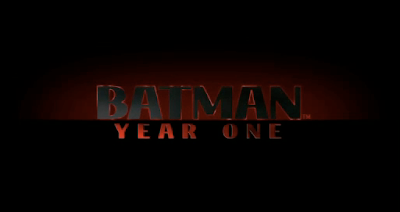 I'm a huge fan of the DC universe animated movies overseen by the great Bruce Timm. The next one to be released is an adaptation of Miller and Mazzucchelli's Batman : Year One, one of the most important and one of my favourites of all Batman stories.

Timm has gone on record as saying this adaptation will be as faithful as possible and almost word for word, which is an awesome prospect. The first trailer has been made available and I think it looks fantastic. It captures the art style of the graphic novel about as closely as it possibly could and this is another great sign for a faithful version.

Casting is pretty exciting, with Bryan Cranston of Breaking bad as James Gordon, Eliza Dushku as Catwoman and parts for Alex Rocco and Katee Sackhoff too. The unknown quantity as far as I'm concerned is Ben McKenzie as Bruce Wayne and Batman, I haven't seen anything he's done before but I'm encouraged by his voice over in the trailer. I'm a huge fan of Kevin Conroy who voiced Batman in Timm's animated series but given the story he wouldn't have worked here.

Due to be released on dvd and blu ray in October, the disc will also include a Catwoman short, find the trailer for Batman Year One here 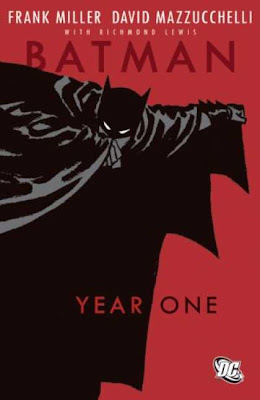 That would be great Wes, not sure it will ever happen though! I wonder if they will tackle The Dark Knight returns at some point.

I adore DC Comics. I used to watch the animated series on tv years ago and I've seen a few of the Justice League movies. I'm not sure if any of these come on the Cartoon Network anymore.

msmariah, Have you seen Batman: Under the red hood? that is a great DC film, highly recommended.