Time for another round up of recent purchases, an odd month for me this one as I've hardly picked up any of my beloved Hong Kong movies, but not a bad selection overall. 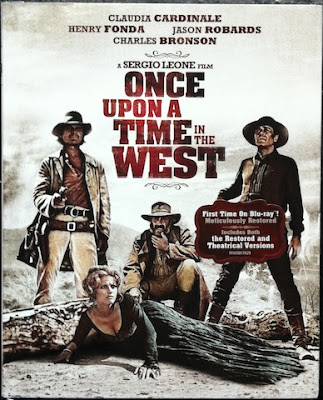 Once upon a time in the west blu ray, Sergio Leone's masterpiece in high def at last. 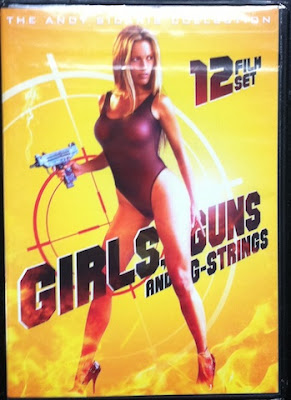 Girls, Guns and G-strings, The Andy Sidaris collection. Twelve of Sidaris' movies on three dvds. What's not to love? 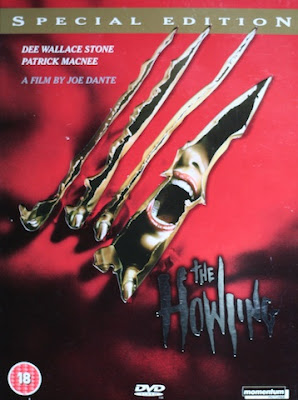 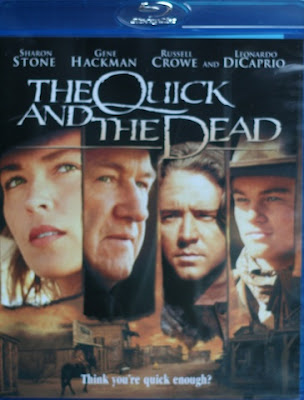 The Quick and the dead blu ray, Sam Raimi's underrated western, haven't seen this since it's original release. 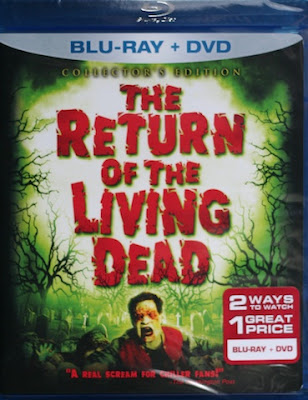 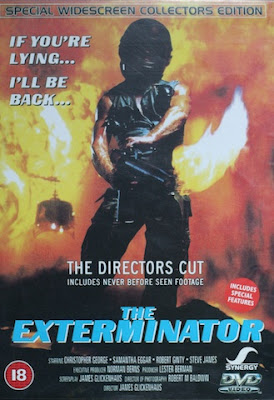 Some recommendations and reminders now from fellow bloggers, first up Wes' blog Plutonium shores reminded me of James Glickenhaus' The Exterminator. If you haven't checked out this blog then do so as Wes is a man of impeccable taste. At the moment he is working his way through the list of video nasties, familiar territory for sure but handled in a freshly entertaining manner. Wes also has an extensive archive of great stuff to read too if nasties aren't your thing. 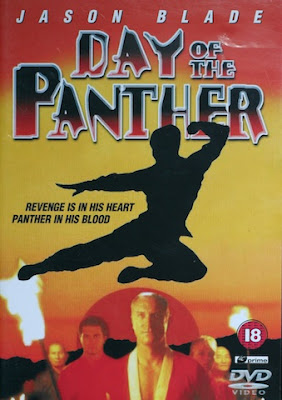 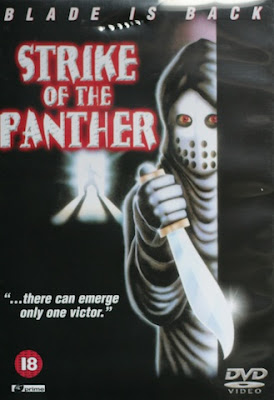 Comeuppancereviews recently reviewed these two films by cult favourite Brian Trenchard-Smith, they sound like fun and I picked them up cheaply. Brett and Ty really know their stuff when it comes to the action genre. The cover for Day of the panther is pretty bad but I don't think I've ever seen worse artwork for a dvd than the Strike of the panther cover! 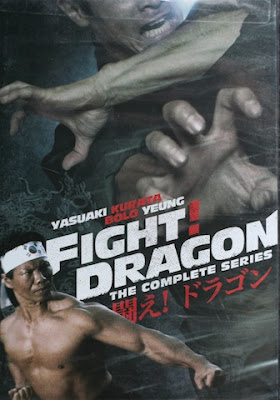 Fight! Dragon is a 1974 Japanese martial arts childrens TV show recommended by Achillesgirl that looks incredible and is available for not much money from the same people that brought you the Andy Sidaris collection mentioned higher up this post. It looks insane and insanely funny from the trailer. 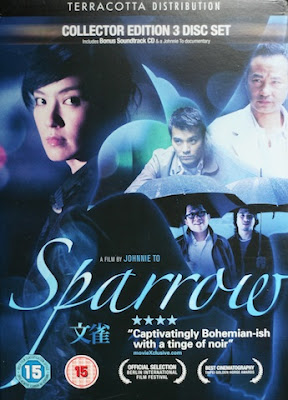 Finally my only Hong Kong film this month, and it's a title I already have on blu ray. Johnnie To's Sparrow, in a special limited edition three disc edition which I will do a separate post about as it's so cool!
Posted by A hero never dies at 9:47 AM

Ah, thanks for the plug, way too kind !

Good selection of films there, as always with me, the more eclectic the mix the better...

Andy Sidaris, I know only by name, but I've always been intruiged by the fact that he has a considerable cult following. Will you be reviewing the films ?

Looking forward to the Johnnie To review.

Oh by the way, got my copy of Death Wish last week - many thanks M, keep posting those "buys" - they're great !

You're very welcome Wes, I'm still undecided on if to review the Sidaris films, I've seen one and if they're all similar it may be difficult to cover them due to their nature, I can see why they have a following, it was fun just hard to write about.

I've done a post about the Sparrow set and I'm watching the doc on there this afternoon.

Nice haul! Thanks for the mention. Looking forward to your take on the Jason Blade flicks!

Thanks Ty, will let you know!

Lovely selection. I had no idea that Andy Sidaris had made 12 movies--or had made the same movie 12 times, since "Guns, Girls and G-Strings" could be a default title for any of his masterpieces that I have seen.

I agree that "The Quick and the Dead" is an underrated movie. Amazing cast, Raimi makes great use of them.

Thanks ewaffle, so far I've only seen Malibu express of the twelve, and it was hilarious!