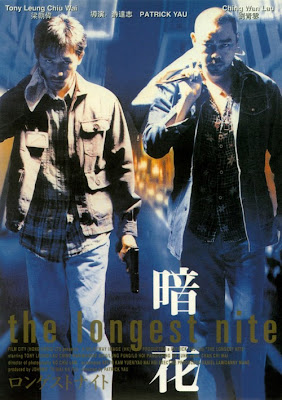 Although Patrick Yau is credited as director of The Longest nite, the real story is that while Yau started the film, he couldn't deliver what was required of him so Johnnie To and Wai Ka Fai took over the reigns of the rest of the movie. Wai Ka Fai (uncredited) also rewrote the script by Yau Nai Hoi and Szeto Kam Yuen and created a new ending. Such a troubled shoot usually results in a disaster but with The Longest nite, the results are spectacular if not quite perfect. 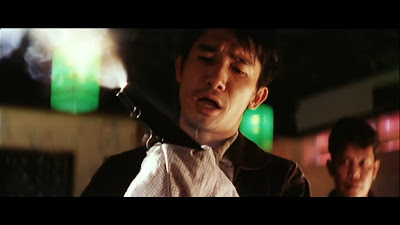 Based on the real life gang wars that happened in Macau around it's handover back to China, The Longest nite has two gangs belonging to Mr K and Mr Lung. The gangs are close to an agreement for peace, but a third organisation led by Mr Hung wants to get rid of both gangs. Mr K has allegedly put a $5 million contract out on Mr Lung. Sam (Tony Leung Chiu Wai) is a dirty cop on Mr K's payroll and he is given the job of preventing the hit from ruining the deal that's so close. Sam sets out to make life very uncomfortable for anyone he suspects is in Macau for the $5 million, by brutally beating and torturing them. Enter the mysterious Tony (Lau Ching Wan) who sets in motion a series of events that pose questions for not only Sam but the viewer too, whose is the headless corpse in Sam's flat? Where is the head? Why does the tortured man say Sam put out the contract on Mr Lung? and perhaps most importantly of all where did Lam Suet get that shirt from? It's a real doozy! 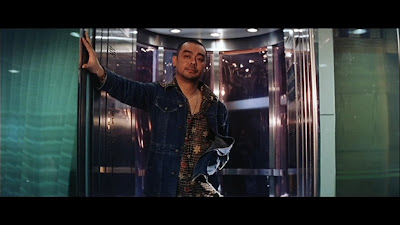 The synopsis above barely covers the outline of what can be at least on first viewing a complex tale of conspiracy and coincidences. The Longest nite has been written off by many viewers as either not making sense or being too hard to follow. It is all there, you just need to have a healthy belief in coincidence for the story to make sense. It's true that some rather large holes exist in the storyline but this is the case with most movies and really you probably won't have time to think about them on a first viewing as the movie is a lightning paced eighty minutes long. 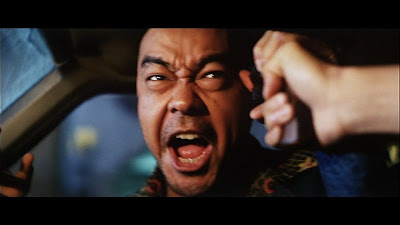 The Longest nite has a kinship with Milkyway image's other movies made around this period, particularly A Hero never dies and Expect the unexpected. As I have said before in a previous post it would be entirely plausible for characters from this film to appear in any of the others and vice versa. If only any of them lived long enough in this fatalistic and nihilistic universe the Milkyway creative team conjured to satisfy our genre needs. 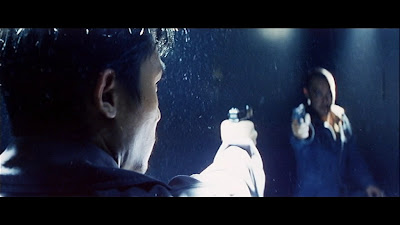 The Longest nite is not for the squeamish, the level of brutality here is extremely high and although it isn't particularly graphic in terms of bloodletting the torture scenes pull no punches whatsoever, with virtually the sole female character in the film played by Maggie Siu Mei Kei coming off the worst.

The cinematography is excellent, night time Macau looks gorgeous and the police cell interiors are equally well done. Ko Chiu Lam is the D.O.P here with Cheng Siu Keung who went on to shoot most of the subsequent Milkyway movies credited as 2nd unit D.O.P. 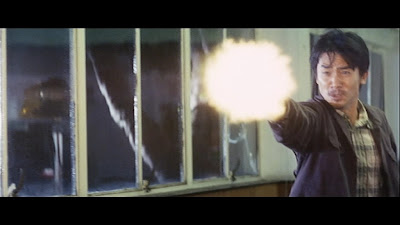 The performances of the two leads are outstanding, with Tony Leung Chiu Wai cast against type in a similar manner to Henry Fonda being cast as a bad guy in Sergio Leone's Once upon a time in the west. Leung carries the role off to perfection, once the story gets going we effectively discover what is happening as he does, his confusion and the weight of pressure growing on him is palpable and it's all immaculately portrayed. As good as Tony Leung is Lau Ching Wan is even better, he puts in a real brute of a performance. Lau's Tony is so charismatic, the mystery of not knowing who he is or what his agenda is combined with his physical presence and attitude makes for one of the most memorable characters in any Hong Kong movie, period. Lau Ching Wan also provides what little humour there is in the film, and given how black the movie is it's really welcome, I'm thinking in particular of the scene in the nightclub with Yuen Bun and Tony in the lift (see screen cap 2 up the page). Both Leung and Lau were nominated for best actor at the 18th Hong Kong film awards with neither winning (Anthony Wong won for Beast cops) but considering films like this aren't usually nominated for awards, they both did very well.

Of the supporting cast Maggie Siu is game (she must have been black and blue at the end of filming) but Wong Tin Lam steals the show, for an older, very overweight man he really packs some menace! 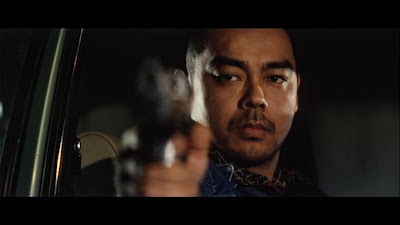 When The Longest nite was previewed, viewers were confused by the story and so the establishing scene with the narration was added at the beginning to make it easier to follow, apparently the film originally opened with a head being shaved. The end shootout was added as the film was too short but in the end works pretty well considering it was not originally in the story.

The dvd viewed here was the French HK video release I previously blogged about here. If you have only ever seen the Universe HK dvd, the French dvd is a revelation in detail and colour, check out Lam Suet's shirt that I mentioned before. 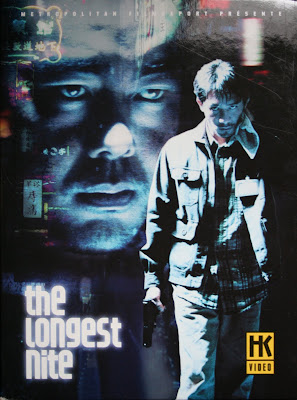 The Longest nite is an exciting roller coaster ride through a very dark night in Macau. It has everything great in genre film, charismatic actors, a great score, moody photography, nasty violence, a black heart and a couple of truly awful shirts!
Posted by A hero never dies at 5:40 PM

Holy cow! Excellent write-up, AHND! Your affection pumps through the piece. As for early Milkyway, this and Expect the Unexpected stand clear in my mind.

Seeing The Longest Nite on the big screen a few years ago at the NYAFF was a filmgoing highlight for me. So damn awesome.

There is a kinda new podcast I have linked on my blog called, Podcast Without Honor and Humanity. It's a one man podcast and he does a fairly nice job with it. He did a podcast about The Longest Nite. Nothing groundbreaking but his affection for the film also shines through. If you get the chance, and have an hour to spare, give it a shot.

Thanks Kingwho? for the holy cow and kind words!

I think I've probably said to you before about seeing this and others in 2006 in HK, like you say a filmgoing highlight for sure.

Thanks for the tip re the podcast, I'm already listening, I think Jake does a great job, it must be really difficult to do solo. I must link to him myself!

A great comprehensive review there M, it sounds really good.

On a vaguely related note, I was on eBay a few days ago and I picked up the Eastern Heroes book, a compendium of the best features from Rick Baker's Eastern Heroes magazine. So between this and The Hero Never Dies University of Hong Kong Cinema, I'm getting up to speed on the HK action...

Thanks Wes, have you seen much of Milkyway's output? Some of the early titles are hard to find now but are well worth tracking down.