As promised as part of my John Woo posts here is the lobby card set that Made in Hong Kong did to celebrate their release of The Killer. It only contains four cards but they come in a nice folder, I wouldn't have thought there would be too many of these around. 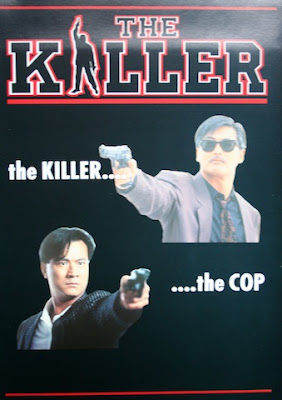 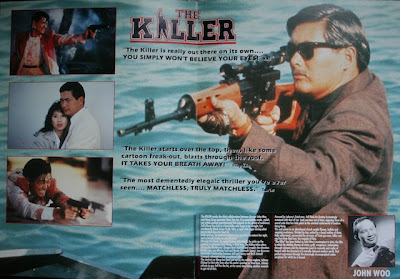 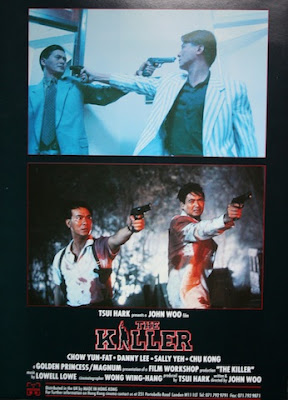 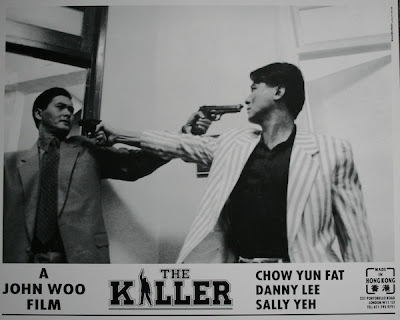 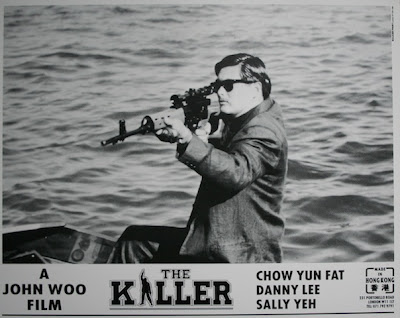 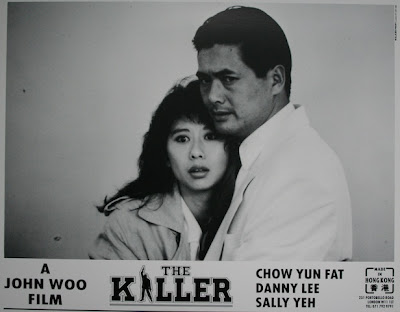 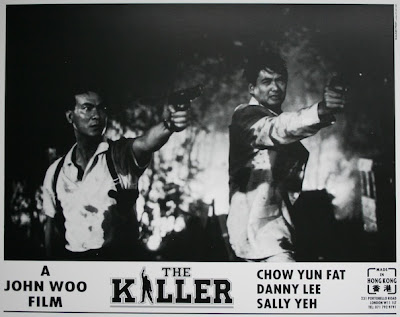 In 1993 I saw Bullet in the head and The Killer at the Broadway cinema in Nottingham, John Woo was in attendance and I was lucky enough to meet him and get the program for the event John Woo: New sheriff in town signed by him. 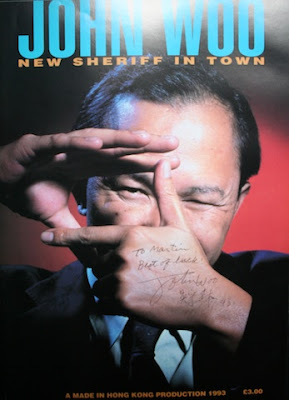 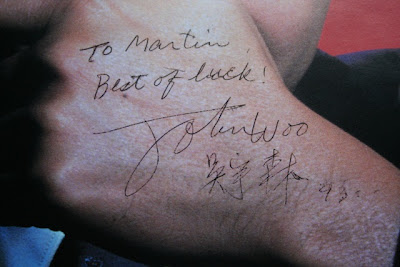 This is very, very cool. I have a glossy still of The Beyond signed by David Warbeck, but this is much better ! Totally jealous !

Thanks Wes, it was awesome meeting him, a friend of mine at the time had been really rude and interrupted a meal he was having in the bar, which I would never have done. Once he had been disturbed already I thought what the hell this will probably be my one and only chance. He was so gracious, I would have been really pissed but he was really kind and generous with his time. So yes, very cool!

It's a close call though Dan!

Why can't Woo make these kind of movies anymore? Unlike the bland movies being churned out these days, I wish HK movie industry and Woo himself can return to the glory days.

And so say we all.

It really is a great movie, I could watch it every week and never get bored of it, thanks Ty.

Just stumbled upon your Blog! and was delighted to read the comment on disturbing John Woo,Yes It was me but I can't remember being your friend maybe a bit more info to refresh my memory.

I still have the Killer Still set in the loft as he signed every lobby card and cover for me.

Tigerstyles, I'm Martin, Wes runs the excellent Plutonium shores blog. Anyway I'm pretty sure it wasn't you I was with, my buddy only had a tiny scrap of paper to be signed. Honestly I was mortified he interrupted the meal he was having with his friends and family. Once it was done though, what option did I have since we were sat at the next table to him!

He was having a cuppa in the corner of the bar when I bombarded him! had a good ten minute chat with him his wife and Terrance Chiang,then he signed my Killer presspack..

I only shared a few words due to my discomfort, what did you ask him Tigerstyles?