I've been in a John Woo kind of mood these last few days as I've been working on my Bullet in the head post, for which I have sat through the new blu ray release and the old vcd version as well. Here are the Spanish lobby cards for the film, known in (cool) Spanish as Una Bala en la cabeza. 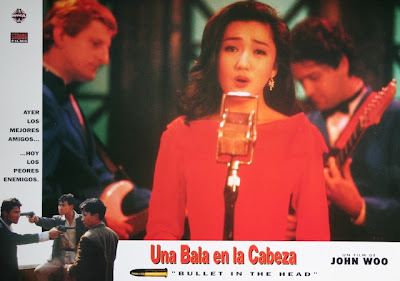 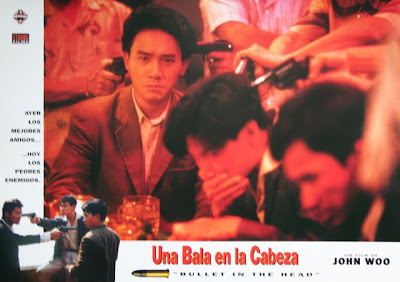 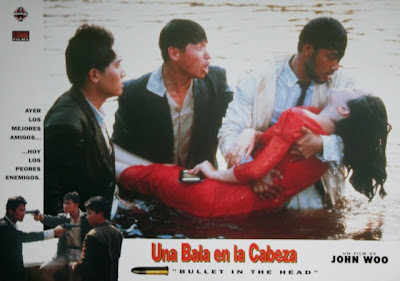 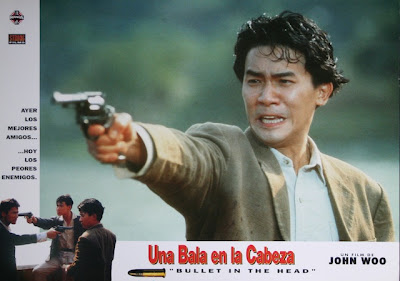 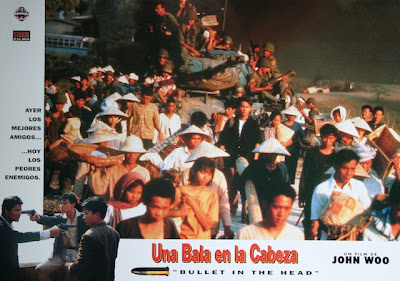 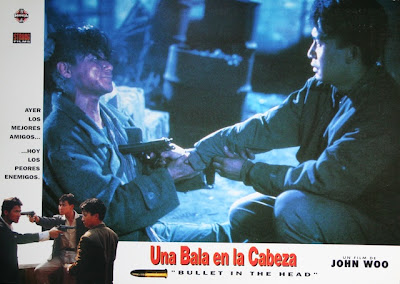 I don't have many lobby card sets, in fact this and a set from Made in Hong Kong for Woo's The Killer are the only ones I have, I will post The Killer set soon.
Posted by A hero never dies at 5:24 PM

It's been a while since I've watched Bullet in the Head, but is there a female singer as shown in the top card? I only remember the band playing "I'm a Beleiver".

Looking forward to the full review!

Yes Jacky Cheung asks her to sing, which leads to the forced drinking moment. It's a really sad sounding canto pop song she sings.

Hmm. How did I forget that? Obviously this gives me a good excuse to find time to watch this one again myself.