From The Sublime To The Ridiculous (But Fun) Leone And Sidaris

So first up we have one of my favourite movies ever and I'm talking top five at least. Sergio Leone's Once upon a time in the west on shiny blu ray, I've been waiting for this title since blu ray launched and it's here at last. Just in case you were wondering this definitely counts as the sublime... 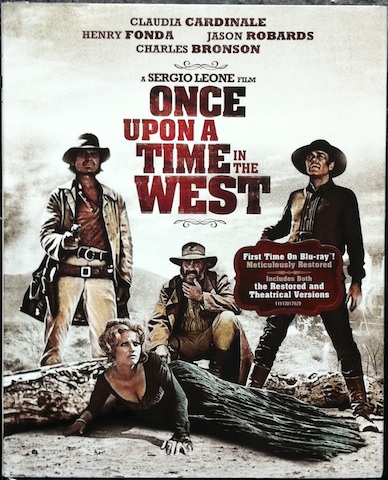 Now to the ridiculous but undoubtedly stoopid fun of The Andy Sidaris collection Girls, Guns and G-Strings featuring twelve Sidaris movies including Savage beach, Return to savage beach, Fit to kill and many more. 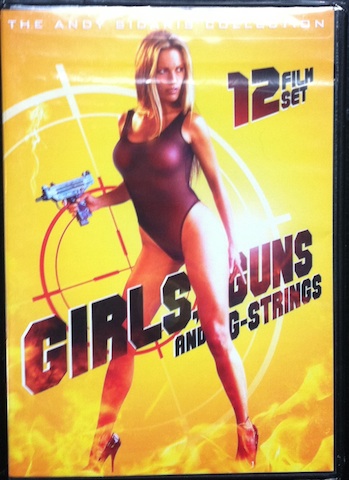 I will definitely post about the Once upon a time blu ray, and may cover some of the Sidaris movies if anyone is interested?
Posted by A hero never dies at 5:11 PM

Email ThisBlogThis!Share to TwitterShare to FacebookShare to Pinterest
Labels: Andy Sidaris, Girls Guns and G-Strings, Once upon a time in the west, recent buys, Sergio Leone

I love both! Andy Sidaris films even get played at the Mayfair. The owner is friends with Andy's wife. These are really the original prints as the tins I've seen say "Andy's copy" on them.

A. How cool is that? How many of them have you seen like that?

I'm curious about that Sidaris set. What are the transfers like? Widescreen/anamoprhic? I'm guessing that they are the same prints that wre out before and which went OOP real fast.

As far as I know Glenn they are full screen but I'll let you know more when I can check the DVDs personally.

Ha, this is the first time I've seen a blog entry with masterpiece like "Once Upon a Time in the West" together with films like "Girls, Guns and G-Strings". Don't think they have much in common...except for having guns...

Anon, I like the idea of that juxtaposition and yes I guess that is a link between the two.

Aaron, I'm going to start the set at the weekend, so look for something next week!