3 Days Of A Blind Girl a.k.a Retribution Sight Unseen 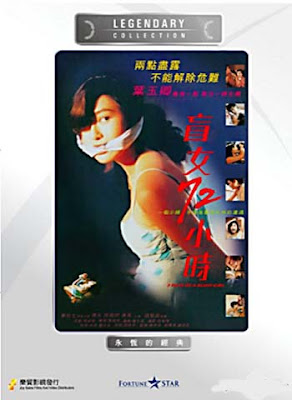 Mrs Ng (Veronica Yip) is diagnosed as being temporarily blind for three days, her husband (Anthony Chan) has to be out of town for this period, leaving her to fend for herself. Sam (Anthony Wong) visits Mrs Ng as an acquaintance of her husband and is friendly at first but his true intentions soon surface and he takes advantage of the situation to terrorise her, but is there more to it than meets the eye? 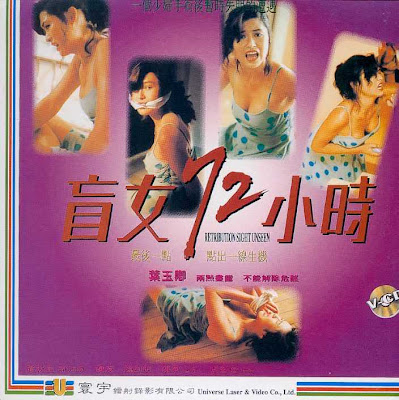 3 Days of a blind girl a.k.a Retribution sight unseen looks every part the category III opus, thanks to a very exploitable storyline and the casting of Veronica Yip and Anthony Wong in the lead roles. It actually received a category II rating, which in places it pushes very hard.

Veronica Yip is excellent as the blind woman and she generates considerable sympathy for her plight, while Anthony Wong is great again in a role that he could probably do in his sleep, his character is given even more colour by the amazing hair and wardrobe job he received for this film, it's quite something! 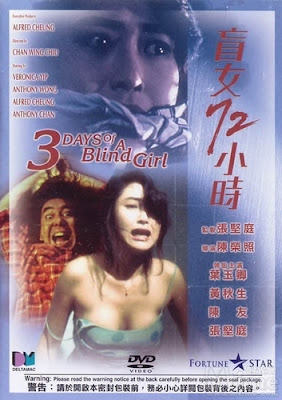 Director Chan Wing Chiu also does an excellent job, maximising the space in the limited location with great use of camera angles, all of which helps to keep the suspense building. He also shows admirable restraint  in allowing Yip and Wong to carry the movie without having to resort to cat III depravities to keep your attention. That isn't to say the film is for everyone however, Yip's assets are used to keep the viewers interest on numerous occasions with low cut tops and floaty dresses shot from fan service style angles. Perhaps the most famous scene in the film is with Yip naked in the shower, unaware she has been joined by Wong behind her, miming washing  along with her and worse! It manages to be horrifying and extremely funny at the same time. 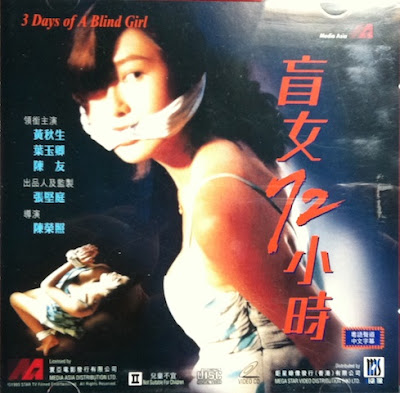 3 Days of a blind girl is a fun and very effective thriller, alternating between suspense and horror throughout the running time and unusually for a 1993 film in this genre it's relatively restrained. I do think it's probably a better film for it's restraint but as a final thought, it did make me wonder where it might have gone if the filmmakers had decided to go completely balls out (No I don't mean Anthony Wong, that's a terrible mental image!) and really gone for that category III badge.
Posted by A hero never dies at 6:52 PM

Thanks Wes, It certainly has a voyeuristic feel to it, I'm sure you would get a kick out of it.