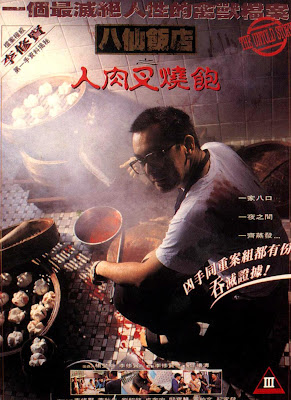 1993's The Untold story is perhaps the daddy of all category III movies, it may not have been the first to capture the imagination of western viewers but if you asked a group of HK movie fans to name a cat III flick, this would be probably the most frequently named one, possibly under the Bunman moniker. Directed by Herman Yau and produced by Danny Lee, The Untold story is based on real events and is all the more disturbing because of it, although certain elements filmed were never proved in the real story. 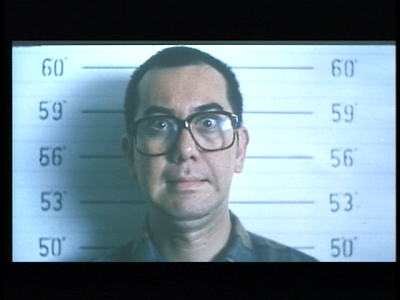 The movie begins in 1978 Hong Kong where after a disagreement with another man, Wong Chi Hang (Anthony Wong) first beats and then sets fire to the man, cut to Macau eight years later and several body parts are washed up on a beach. The Macau police are sent to investigate, led by Danny Lee. They discover the body parts belong to the mother of Cheng Lam, the missing owner of the eight immortals restaurant. We find that Wong Chi Hang is now running the restaurant, telling anyone who will listen that he bought it from Cheng Lam. When workers at the restaurant begin to disappear as well, the police begin to suspect Wong Chi Hang, but cannot gather enough evidence to charge him. To try to get a confession from him, the police use tactics including beatings, torture and sleep deprivation, only then will they find out the truth about the disappearance of Cheng Lam and his entire family, and what was actually in those tasty pork buns! 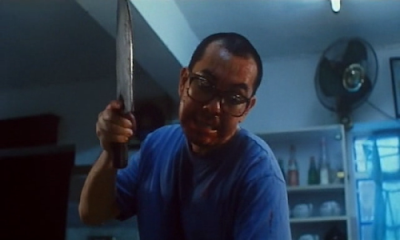 The Untold story was a problematic film for me, like many Hong Kong films the film is tonally all over the place, but in this instance the shifts are particularly jolting. The film is extremely effective in creating a suitably sleazy and grimy atmosphere for the events to take place in, but sharing this environment with Anthony Wong are the most inane and inept group of cops this side of the Police academy movies, albeit significantly more brutal than Steve Guttenberg and chums! The banter between them is padding that features far too frequently for me, unlike Dr Lamb where some of it is actually pretty funny, here I found it tiresome. While on the subject of Dr Lamb, The Untold story is structured in a very similar way to that film. As both films were written by Law Kam Fai and produced by Danny Lee, this comes as no real surprise.

The Untold story is notoriously a nasty piece of work, so it was no real surprise to find myself finding certain scenes hard to take, indeed the rape scene with Anthony Wong and Julie Lee almost made me quit the film right there. The flashback to what happened to the family is also an extremely tough watch, but again very effective. The movie could almost be seen as an endurance test, such is the hard core strength of the mayhem. 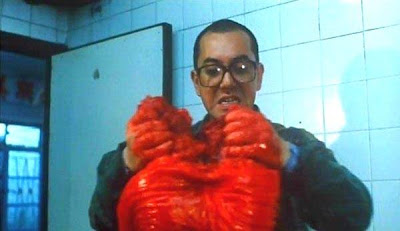 Usually the tone shifts don't bother me that much but here they really did, it is testament to Herman Yau's skill as a director that they freaked me out so much. I was absolutely floored by the untold story scene, firstly that the parents of the children would allow the filmmakers to put their kids through such a terrible ordeal and secondly that Anthony Wong and the filmmakers had the balls to film it in all its grisly glory. Having finally seen the film I am completely unsurprised that it has never been released in the UK, given the brutality on display and the flippancy shown in how serious the film is from one scene to the next, and that is without mentioning the two most problematic scenes. The more liberal nature of the BBFC of late would not, I suspect extend to a home video release of this film even with cuts. 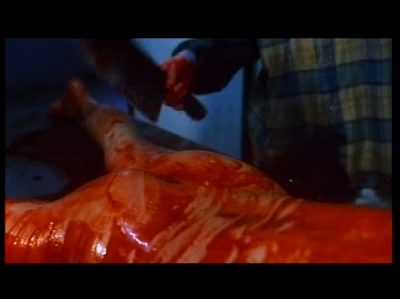 Anthony Wong is predictably awesome as the short tempered psycho, and deservedly won the best actor award at the 1994 Hong Kong film awards. The scenes where he really shines are the police brutality and prison scenes where for a short while you actually start to feel a little sympathy for him despite the horrors he's responsible for. During the scenes of violence he shows a worrying degree of commitment and is never anything less than completely convincing, which again is a bit of a worry. The late great Shing Fui On has a cameo as a prison inmate who is the brother of Cheng Lam, he's great as usual and it is always fantastic to see him. A special mention here for Julie Lee, who deserved an award of her own for her courage in going all out in the way that she does.

Danny Lee has the most fun in the movie, with a bevy of different beauties on his arm in just about every scene he appears in, the perks of being the producer I guess. While on the subject, half the budget of the movie must have been spent on Lee's wardrobe, never have I seen a Hong Kong cop with so many wardrobe changes through the course of a movie, with a couple of amazing shirt and tie combos not to mention a green velveteen jacket! 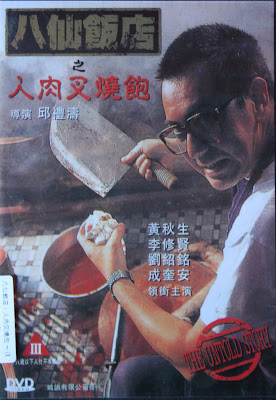 The dvd I saw was the Hong Kong disc from City Connection and it is awful, with terrible picture quality and subtitles. The Tai Seng special edition is much better by all accounts, but appears to be OOP.

The Untold story is an undeniably effective film, your enjoyment of it will vary depending on a number of factors, most notably the strength of your stomach! I couldn't in all honesty say I enjoyed it but it is very well made, suitably nasty and deserving of its notoriety. Take from that what you will, but please don't blame me if you don't like it!
Posted by A hero never dies at 2:21 PM

It actually contains info about quite a few crime cases that "inspired" Hong Kong movies -- including "The Untold Story", "Dr Lamb" and "From the Queen to the Chief Executive".

Well one thing I can say is that after watching the "untold story", you won't look at bbq pork buns the same way again.

One other thing to note, the film has an abrupt contrast in tone between the ultra-brutal scenes of Wong and his victims and the comical scenes with the Macau police. Maybe it's an implicit critique against the standards of the Macau police, which is pretty low to say the least.

YTSL, Thanks for the info, Kingwho? mentioned it on one of his podcasts I think, but thanks for the link it looks interesting.

Anon, I seem to be on cannabalism kick at the moment, I saw Dumplings yesterday. I'm sure that you're right about the police critique, for me though unlike other examples, it just doesn't sit right!

Excellent review - I've only heard of this film in whispered conversation - I'd like to think of myself as a seasoned gore fan but I had no idea this was as extreme as it sounds. I'll try to track down a copy online...

By the way, which Dumplings did you see ? Was it the short anthology version or the longer stand-alone film ? I really liked the Three Extremes collection so I'd love to experience the main course after the initial taste as it were. Beautifully photographed film I think...

Wes, As a fellow seasoned gore fan I found it wasn't so much the gore but the actions that were the extreme part, although I may just be getting softer as I get older!

Dumplings was the anthology version, I will be watching the full length one shortly, it's on Lovefilm's streaming service. Totally agree on the photography, it has to be one of the most beautifully shot horror films I've seen.

UNTOLD STORY is a pretty sadistic little movie. It seemed a normal practice for HK movies to have varying tones in many of their pictures. Having watched some of them with Asian friends, they don't seem to be bothered by the abrupt changes in tone. I'm sure you've seen EBOLA SYNDROME, hero, and that one is possibly the nuttiest, most hilariously offensive HK horror movie ever made.

I saw Ebola syndrome a long time ago, I hated every second of it. Maybe I would see it in a different light now, but to be honest I don't think I could ever bring myself to actually choose to watch it again!

Great job, AHND! A wonderful genre classic. As Venoms5 mentioned, I believe 'tone' is extremelly important in identifying Hong Kong films, especially from this era. The violent mood swings of HK film 'tones' is something that I look for and really love. It's an odd fascination I have had since I started watching HK cinema. These tonal changes, for me, is a big part of HK cinemas identity. People dismiss HK films as being 'eneven' but THAT is HK cinema. Uneven. A gore film can have a sweet love story and a three hanky historical drama can have mou lei tau comedy. Thats the beauty of HK cinema! =D

Again, great review. The Untold Story and other films of this ilk, from this era, is where my heart lies. The grimmy look and feel, like the camera is shooting through a yellowish, sweaty t-shirt stain....bliss! hahaha

Kingwho? I don't usually have an issue with the mix of genres within an HK movie, as you rightly say that is HK cinema, however in this movie I found them difficult. Thanks for the kind words as ever, and if I can just return the compliment your description of "the camera shooting through a yellowish, sweaty t-shirt stain" could almost be poetry!