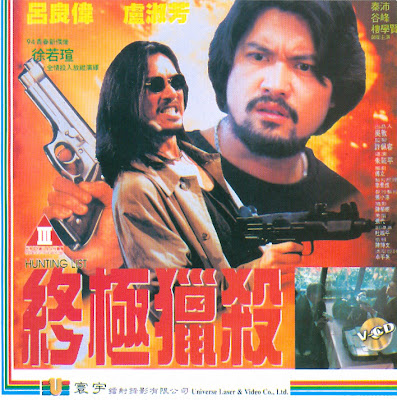 Chu Yen Ping's Hunting list has to be one of the most derivative films ever made, and that really is saying something when talking about Hong Kong triad movies. Where this would usually be an issue, with this movie much of the fun is picking where the various ideas and scenes have been stolen from.

Chu Chi Kit (Ray Lui) returns from hiding out in Taiwan and goes back to work with his best friend Cramp (Tan Lap Man)  a hot headed, drug dealing triad. Their big boss Lui (Paul Chun Pui) is ambitious and is being held back by the actions of some of his "brothers", will he choose ambition or loyalty? 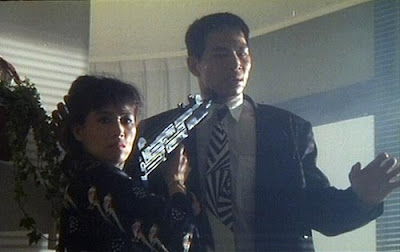 Essentially Chu Yen Ping's Hunting list is a remake of Phil Joanou's excellent State of grace from 1990. Despite sharing virtually the same storyline, the two movies are radically different in approach, State of grace is a serious and seriously well acted film, while Hunting list is a typically trashy category III action movie that aims for nothing more than to provide the sex and violence cat III fiends desire. If that sounds like a criticism it isn't at all. It delivers on both counts, Hunting list delivers some fantastically bloody shoot outs that utilise some of the most incredible squibs I've ever seen, they don't just blow, they shoot the blood in jets that travel several feet! The numerous sex scenes are not particularly well intergrated into the film and feel like padding to get the movie to feature length, but most won't be complaining! 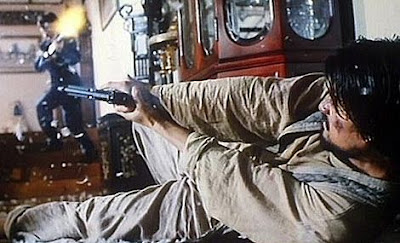 The performances are pretty poor across the board, the film prefers hysteria over drama right from the off and when the tone of the acting is pretty much at ten to start with there really is only one way to go when the real histrionics begin.

Hunting list is a fun little time waster, that while offering little in terms of anything new or any actual drama, delivers pretty much everything it sets out to. enjoyment also comes from the blatant lifting of scenes from other movies, the most notable ones being the two stolen from Tony Scott's True romance, almost verbatim.  Mostly though the fun comes from the movies enthusiasm for it's more exploitable elements, especially those incredible squibs! 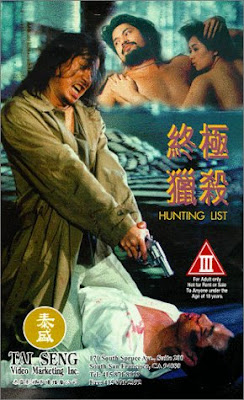 It does sound very good I must say - if you're gonna steal you might as we steal from the best of 'em and I love True Romance but especially State of Grace. I'll try to catch this one !

Wes, State of grace was one of the top films of the 90's for me, I could never understand why it didn't get the love it deserved! Hunting list is no where has nowhere near the emotion but it does have more fun!

I do feel people look down on True romance as well, I'm not sure if it's the Tony Scott thing or QT, either way I love it.

I think it's a Tony Scott thing Mart, some people are just at odds with the fact that QT didn't direct the film. Had Tarantino directed it, I'm sure it would have been great, but it wouldn't have been True Romance. I pretty much feel the same way about Natural Born Killers. Remember how hot QT was back then - people were going to see Crimson Tide just because he tweaked a fine lines of dialogue !

You'll be hard-pressed to find these kind of movies made in Hong Kong now. Everything is cater to the "mainland" market: no excessive violence or gratuitous sex scenes. And of course, no subversive political messages. Despite the pretty low quality of these Cat III films, they are a symbol of the free-wheeling days of the late 80's to early 90's. I wonder if there will be revival in the future? From the look of things, not likely, but I can be wrong on this particular point, who knows?

Wes, Tony Scott gets a raw deal for me, sure he's made some crap but so have most directors at some point! As I said in a previous post, The last boy scout is one of my favourite funny action movies ever and certainly from Hollywood. I enjoyed Crimson tide too by the way.

Anon, Things used to go in cycles but I'm not so sure these days that things will ever be the same, although with the success of 3D Sex and Zen, as you say who knows?

Both State of Grace and True Romance are f'ing excellent films!!!

Good job on the State of Grace angle, AHND. Really glad you liked Hunting List. Such a wild film. Chu Yen-ping is an over the top director and has a distinguished and irresistable flair. Great film and review!

Kingwho? Hunting list was never going to match either State or True in quality terms but really went for it in the fun stakes, I've seen reviews saying it's boring but I'm not sure what movie they were actually watching, it surely can't have been Hunting list!

This one sounds a lot of mindless fun and I can't say I've heard of it. When I have some money to spend again I will be on the look out for it! Great review, Martin!

Thanks venoms5, It's hard to find, or at least I couldn't find it to buy, it's worth tracking down how you can though.