Ever since my love of Hong Kong cinema began, I wanted to explore this wonderful and diverse city. When I did eventually get there it was amazing beyond my imagination and some of the best weeks of my life have been happily spent there. As time has moved on, the more movies I have seen the more areas I thought I've recognised, and film geek that I am I wanted to go and visit the locations from these movies (dragging my long suffering wife along with me!).

The problem with this was that before websites such as HKcinemagic and HongKongonfilm started to use google map technology to chart the locations it was pretty difficult to know where to find them. It may have been that all you had to go on was the name of a place taken from the end credits, this is how I found the shopping mall from The Mission, or it maybe a landmark or a road sign that gave it away. Thanks to the sites mentioned, most locations are now quite straightforward to find, its just the getting to Hong Kong thats the hard part!

I have a few of these to post (not as many as I would like though.) and I'll be posting them over the next few weeks, I love this kind of thing and hope that you do to. While it won't be very exciting for anyone who actually lives in Hong Kong, most of us aren't that lucky.

So, first up is Wong Kar Wai's Chungking express and what used to be Midnight express, the takeaway in the movie where Faye Wong stole everybody's heart. 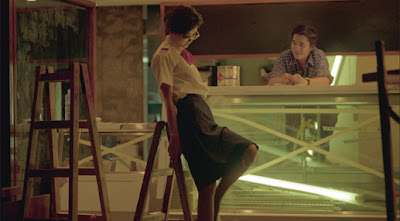 Situated in Lan Kwai Fong, Midnight express is long gone, in 2006 when this shot was taken it was being refitted, for what I don't know but its now a 7-11.

The location in the scene below is featured a few times in the movie as Faye "accidentally" bumps into Tony. 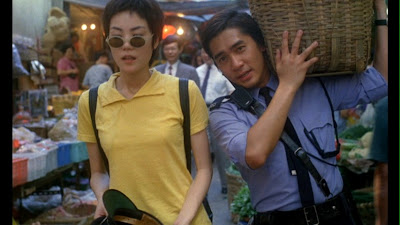 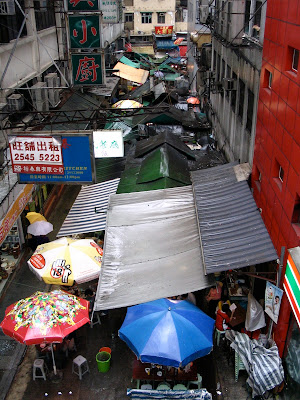 The scenes where Tony Leung is eating his lovely looking lunch is from the Graham street market, it may not be this exact stretch but its the same market!

Right across the road from Midnight express is the California bar, where Tony Leung drowns his sorrows as he waits for his date. 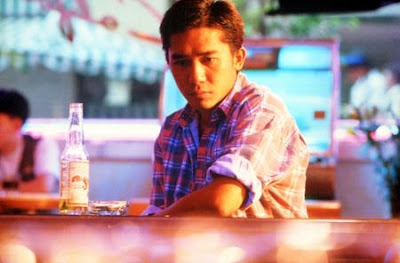 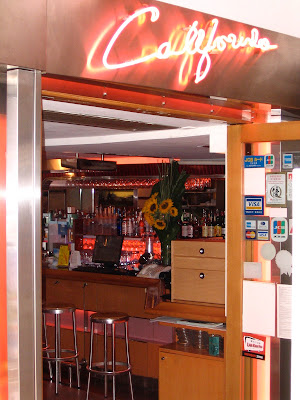 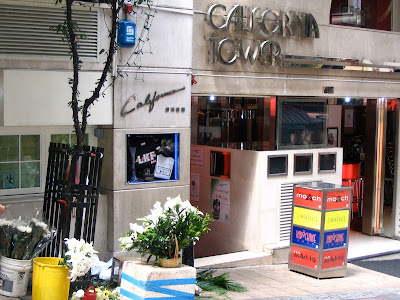 Finally, Chungking mansions itself, it seems like a cheat to put this in as its so easy to find, its still cool though. 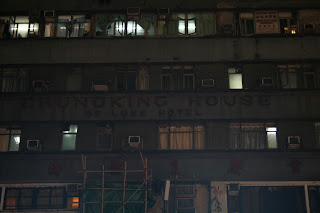 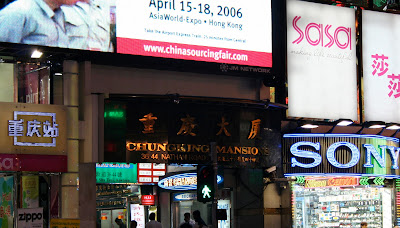 More to come soon, so keep an eye out for them!
Posted by A hero never dies at 6:12 PM

This made my day, AHND! Good job. Looking forward to more locations!

Thanks Kingwho? Right back at you, your comment made mine!

i'm heading over there for easter and was debating whether to visit every location which i've added to the hongkongonfilm blog and take some actual pictures. i have, however, decided to the blog is probably obsessive and geeky enough as it is. still, i guess one or two won't hurt...

Geeky or not (geeky for sure) I will be visiting as many as possible next time I'm in HK! Thanks for the comment and keep an eye out for my others.

I still have the VHS of this movie and watch it every few months. Great article. Can't wait to read more

wow! I just watch the movie for the nth time. I'm so happy to read this blog. I'm going to HK next year for the HK marathon. I hope to see these locations.. if they are still there. :) thanks!

I have also hunted down the real locations. The big challenge is to find the exact apartment where the 'policeman' lives along the escalator.

I have found the apartment where Tony Leung the 'policeman' lived. Or so I was told. And it kinda makes sense as far as locations go. It's close to LKF.

I'm a journalist (and a big Wong Kar Wai fan) writing an article on people who've visited these locations.. I'd love to interview you guys and here more of your stories. Please contact me if you're willing to be interviewed!

Hi Su-Min Hwang, If you'd like to email me at aheroneverdiesblog@gmail.com with more info. Thank you for getting in touch.