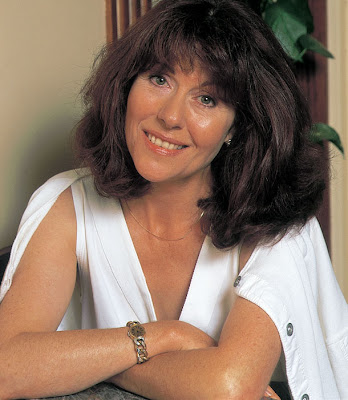 When I got up this morning I saw (here) the terribly sad news that Elisabeth Sladen had died yesterday aged 63. For many Doctor Who fans around my age she was their favourite Who companion and went onto gain a whole new legion of fans from her appearances in the reboot of Doctor Who and in her own spin off show The Sarah Jane adventures for the CBBC children's channel. This show for me set a benchmark for modern children's television. A show that despite being "a mere kids show" often had more depth than much of what passes for adult programming these days. All held together by the wonderful presence of Elisabeth.

Her final appearance in Doctor Who in The End of time, which was a difficult watch anyway will now be an even more heartbreaking one.

Elisabeth Sladen, a very talented actress who will be sorely missed by many.
Posted by A hero never dies at 11:07 AM

Email ThisBlogThis!Share to TwitterShare to FacebookShare to Pinterest
Labels: Doctor Who, Elisabeth Sladen

In America, she was the first Doctor Who "companion" I was ever aware of since the Tom Baker Dr. Who was the one that first gained a lot of popularity here.

This made me so sad.

Yes, what should have been a weekend to celebrate for Who fans with the return of the show, will now be tinged with sadness.