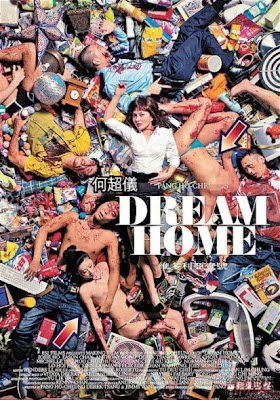 Dream home from Pang Ho Cheung was marketed as a Hong Kong slasher film, its much more than a bodycount movie though, it attempts to combine sociopolitical issues within the context of a hardcore gorefest, and surprisingly it works. Pang's film is a character study of one woman's mental disintegration from years of the pressures of modern Hong Kong life in particular the almost impossibility of buying your own home, and when she snaps all gore breaks loose. 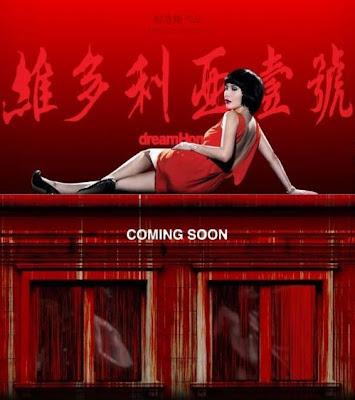 Opening with some great shots of Hong Kong's high rise flats and information regarding the state of the Hong Kong housing market, we are introduced to Cheng Lai Sheung (Josie Ho) as she starts her killing spree by taking out the security guard of No.1 Victoria bay high rise. This building is where the flat she REALLY wants to buy is situated. Setting the tone for the rest of Dream home, this kill sequence is extremely intense and unpleasant yet blackly comic. From this start the rest of the movie is comprised of flashbacks between different periods of Sheung's life, from her childhood to earlier in the day of the killings. Mixed in with the flashbacks is the continuation of the killing spree, to Pang's credit despite jumping forwards and backwards numerous times it never becomes confusing and this structure ultimately works to the films advantage. 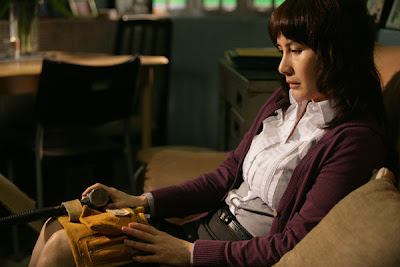 Sheung's character is complex, from her obsession with owning her dream home to the relationships with her family in particular her father and the illicit affair she is having with Siu To (Eason Chan) a real scumbag who uses her for sex, but who couldn't care less about her. Pang doesn't fill in all the blanks for us though, and the film has received criticism for not giving enough reasoning behind the carnage that Sheung wreaks. I think we do see enough to set it up, not to justify the killing spree, nothing Pang could have filmed could justify what happens, as real as the issues of the film are, the rest is violent fantasy. Its too far over the top to be seen as anything else, does this spoil the film? Not at all, in fact if anything it suggests that something equally dramatic (but far less bloody) should be done to correct the situation in Hong Kong's property market. 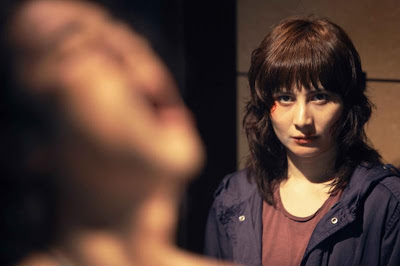 Dream home really impresses on a technical level, Pang Ho Cheung's direction is first class, building tension and dread during the kill scenes but perhaps more impressively sympathy for Sheung during the flashback sequences despite what we have already seen her do. The photography is equally impressive with excellent use of unusual angles and atmospheric lighting for the indoor scenes and fantastic shots of Hong Kong's skyline and tenement buildings, that really help the mood of the movie. The special effects by Fat face are great, with some outrageous gore effects that will have many squirming in their seats and just as many laughing, either nervously or for the less squeamish, because the mayhem is very funny. Josie Ho, who was also one of the producers of the movie, puts in a great performance as Sheung,  she is completely convincing in every scene, whether it be as the doormat that Eason Chan takes advantage of or as the strictly amateurish killing machine. 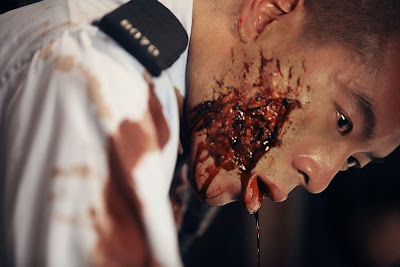 The Hong Kong blu ray viewed here is region A locked, and is the cut Hong Kong theatrical version. The film was released uncut in UK cinemas, but only a dvd is being released unfortunately.

The film looks fantastic on blu ray, with an extremely sharp and very dimensional image. The sound is available in either Cantonese or Mandarin in DTS-HDMA 6.1 even though the cover only says dolby digital 5.1, and is great fun.

The extras include a very effective but unsubtitled trailer, a fun promotional piece for the Victoria bay building featuring Josie Ho and Edison Chen, a directors statement, cast and crew info and and best of all the cut sequences from the movie as deleted scenes.

Spoiler warning for the deleted scenes.

1.The murder of the pregnant woman by suffocation is heavily cut in the movie, where the bag is placed over her head the screen fades to black and you hear the vacuum cleaner for a few seconds before seeing her body. In the full sequence we see the whole thing, from the bag going over her head to the vacuum cleaner being turned on and the slow suffocation that follows with the pregnant woman's body kicking and writhing. This is an horrendous sequence that was a tough watch in the cut version, the full strength scene is almost unbearable, I nearly turned it off its so strong.

2.Part of the same murder, as the pregnant woman's husband arrives home we see shots of his wife's writhing body as Josie Ho stands watching over her, before cutting to the husband on the phone to his mistress.

3.The murder with the lab flask stuck in the neck is longer with more staggering around and gasping. More blood fills the flask too.

4.The sex scene murder is slightly different, in the theatrical version, when the penis is thrown onto the pillow it is fogged out slightly, whereas in the uncut scene it can be seen clearly, still ejaculating.

5.The scene where the disemboweled man is finally shot, doesn't make sense in the theatrical version, you see her holding the gun in front of his face, then the top of his head blows off. In the uncut scene when she is struggling with him to make it look like suicide, she forces her hand into what is left of his guts to make him scream, which opens his mouth, allowing her to blow his head off. if you watch the scene again in the film you can still hear the sound effect of her sticking her hand into his body.

Ultimately Dream home is not a film for everyone, art house crowds may find the sensationalised sex and violence too much, the gorehounds may find the social commentary too dull, but for fans of Pang Ho Cheung and of Hong Kong cinema, especially those interested in the place and culture as well as the movies its an absolute breath of fresh air and one that revitalises the genre.
Posted by A hero never dies at 3:17 PM

That German cover is pretty funny and it appears that they are trying to hide the fact it's an Asian film. The felt that the other posters for this are pretty fantastic though! Including the ones you posted, and this one (http://www.movieposterdb.com/posters/11_03/2010/1407972/l_1407972_e18baaa5.jpg)

I haven't seen this one yet but despite some mixed reception, it sounds leaps and bounds above the average slasher.

You just convinced me to watch it. Thanks for the very nice write-up.

I pretty much concur with your assessment BUT... the film is NOT uncut in Germany as you claimed, actually 4 minutes are missing. Check this:
http://www.schnittberichte.com/schnittbericht.php?ID=411103

Good job, AHND. Saw Dream Home @ the Tribeca Film Fest last year w/ Ho-cheung in attendance (which I may have mentioned before?). I absolutely loved it. And by the squeals of the crowd, so did they. I am not a gore hound or slasher flick type of person but Dream Home echoed the golden era of HK CAT III films. In a lot of those films (Dr. Lamb, Intruder), there was also a social commentary on 'the way things are' in Hong Kong at the time. Not just gore and T&A for gore and T&A's sake. There was more times than not, commentary just below the surface. It was up to us, as is usual, to decide if we want to acknowledge it or not. I'm glad Ho-cheung included a social element. It adds an extra dimension to the film that elevates it above simple horror movie fare.

I was looking at that UK DVD as well, and the news is not all good.

Though it is the uncut version, the picture has been reformatted to 1.78 from 2.35 and it's only got a stereo soundtrack. Even the HK DVD had DTS-ES and Dolby EX options (though minimally cut, like the BD, is also has the cut scenes as extras).

A. Dream home has quite a few great poster designs, I have used the one you linked to before and I do love that one too. The one at the top of the post is my fav though. You really should watch it.

Achillesgirl, Thanks, you must watch it and let me know what you think!

Sheng. Thanks for the link, could two versions be available? I took it on pretty good authority that an uncut German version is available without any English options.

Kingwho? I'm sure you have mentioned that before, but it doesn't make it any less cool! Its a great film and I hope it leads to other similar movies being made in HK.

Mike. Thats terrible about the UK dvd, I was considering picking that up as well when the price drops, but with that information I don't think I'll bother. I don't mind the edits really, apart from the last one where whats left doesn't make sense.

No, there isn't an uncut "other" version in Germany. Guess they're speculating that Splendid - a shit company with a long history of poorly presenting and butchering Asian films - puts out an uncut version in Austria at a later date.

Thanks Sheng for clarifying, I've taken that part out of the main text.

Thanks for the great review! I might need to watch it again in blu ray uncut, especially! When i first watched it, i thought that Josie Ho was getting paid for sleeping with that greaseball to add to her new home collection. I guess I had it all wrong.

Great review - I need to see this one right away. I especially like movies with that Roeg-ian style time cut-ups the flashbacks, flashforwards etc...

Wes, Just beware about the UK dvd having it's aspect ratio altered for no apparent good reason!