How time flies! After this post only a few weeks ago, were it possible we would have been flying to Hong Kong today for the start of the 35th HKIFF, unfortunately it wasn't to be and so in an attempt to bring a tiny flavour of the festival home I placed a couple of nice, juicy orders with Yesasia. The first one arrived yesterday. 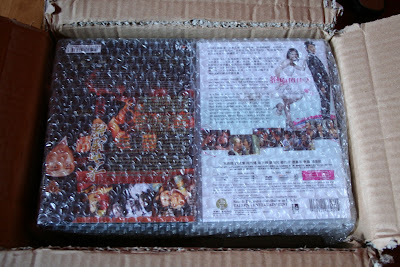 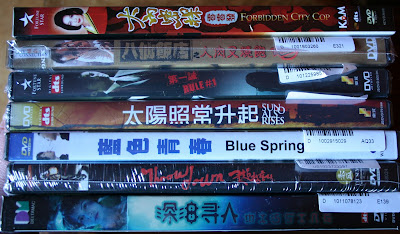 Its a good mixture of movies I haven't seen at all and a few upgrades on titles I have been wanting to revisit, I'll be watching most of these over the next fortnight or so, and with another box to come during the next week or so, they should keep me plenty busy.

These are my priorities. 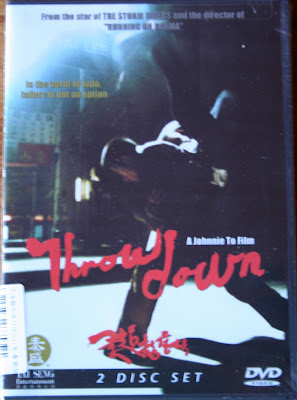 Throwdown. The Tai Seng US release which has some exclusive extras, including an audio commentary by Ric Meyers. I know his reputation is not the greatest, but I'll give him a shot. I'm intrigued at the thought of a commentary for this movie and always looking for an excuse to rewatch this. 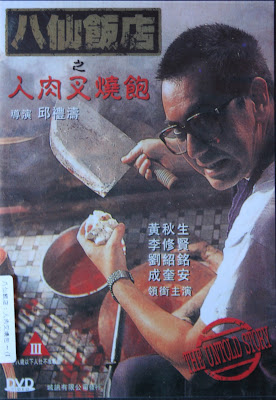 The Untold story. Another stop on the category III road of debauchery, never seen this and by reputation its gonna be a tough watch. 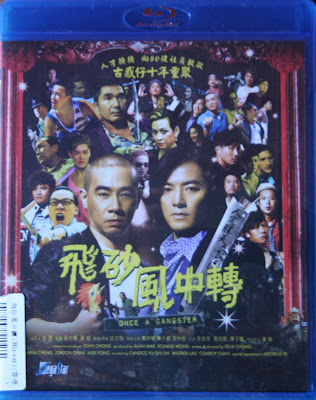 Once a gangster. When I compiled my top ten list for 2010 I completely forgot about Felix Chong's Once a gangster, it may not quite have cracked the 10 but it certainly would have been at least an honourable mention, one of the most under rated movies of last year and I'm eager to rewatch it, should be great on blu. 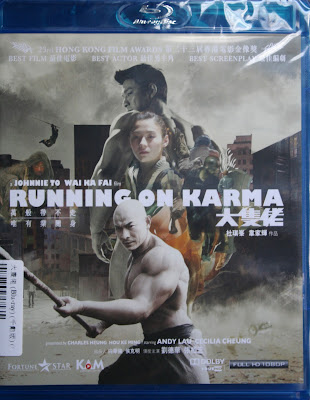 Running on karma. Johnnie To and Wai Ka Fai's Running on karma is a fascinating movie and given that Wai Ka Fai is the filmmaker in focus for the festival its a great time to revisit, I've only seen the movie once and I'm really keen to see how it holds up, and how the blu ray is given the ongoing controversy over Kam and Ronson's blu ray releases. 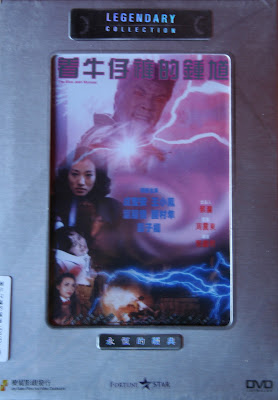 Blue jean monster. I've never seen this but always wanted to, and its always good to see Shing Fui On, especially in a starring role and as a good guy no less. 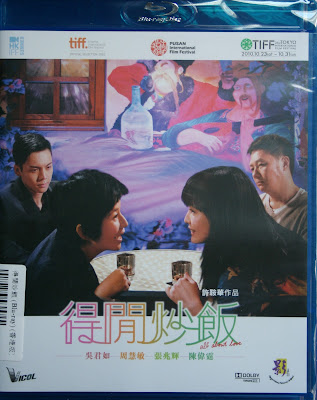 All about love. Although primarily an action movie fan, I really like Ann Hui's films. I thought The Way we are was a minor masterpiece of a film, and All about love is Hui's latest. The movie stars Sandra Ng, who is one of my favourite actresses, really looking forward to this. 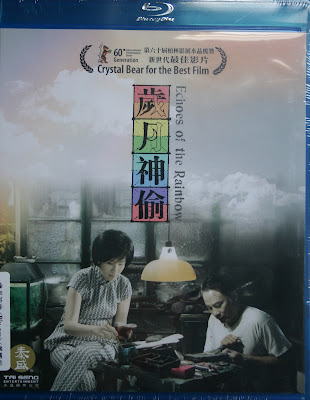 Echoes of the rainbow. Another starring role for Sandra Ng, along with Simon Yam. I've heard good and bad about Echoes, but I'm hoping to really like it.

I will be posting about some of these as I watch them and also the second part of my order, so please stay tuned.
Posted by A hero never dies at 3:11 PM

Email ThisBlogThis!Share to TwitterShare to FacebookShare to Pinterest
Labels: All about love, Blue jean monster, Echoes of the rainbow, Hong Kong, Once a gangster, Running on karma, Throwdown, Untold story

I've got some of those. I would gladly have mailed you my copy of Tsui Hark's Missing as I can't bring myself to open it even though it's been sitting on my shelf for a year or so.

I have that same US edition of Throw Down and it's not 2-DVD. Interesting.

I had read about Blue Jean Monster and I was not disappointed when I finally saw it. A fun flick.

Give it a try Glenn, you're expectations maybe so low that you enjoy it, that was my reasoning anyway!

Not sure why this throwdown is a two disc then, have you tried the commentary?

Fun is what I am after as far as Blue Jean monster is concerned.

Mike, You can pick them up for around £50 in the UK now. Are they still really expensive where you are?

TBH, I haven't done a lot of looking around while I've been battling ill health, as the money isn't exactly flooding in with no present employment, and we've got to be smart with what we do have (plus savings).

That said, if I either win the lottery or get the okay to get back on the jobhunting queue soon, I was rather sold on a new 127cm Plasma 3D HDTV and 3D Bluray today. Looks like I have a new mission when things come good again ;)

And I'll investigate an All Region Bluray player too; as once you've gone Blu everything looks pretty average by comparison.

Just my opinion but I'd take an all region blu ray over 3D all day long, hope you get the chance to make that choice soon Mike.

Nice haul, AHND. I have All About Love up this week. And I agree with you about The Way We Are. Such a subtle and beautiful film. A minor masterpiece. Have you seen Hui's Night and Fog? It is another Hui masterpiece and an effecting and brutal film. It plays like a CAT III-lite movie. It is one of my favorite films in from the past few years. Night and Fog and The Way We Are go hand in hand as they are a diptych of life in Tin Shui Wai.

You will definitely LOVE Blue Jean Monster. It's heyday fun. Watch for Amy Yip's cameo. hahaha Fun! I have the poster and will eventually put it up.

Re "Throw Down": am not sure if it still is but Johnnie To has stated that it's his favorite movie of the ones that he's made. An under-rated, quirky work that I enjoyed viewing and have found more memorable than I thought it would be when I first viewed it.

Re "Blue Jean Monster": Another fun movie! The title's weird... but so is much of the film! :D

Re "Echoes of the Rainbow": go in with low expectations. I honestly don't quite get the acclaim it's received -- not only reckoning that the Mabel Cheung/Alex Law team have made other better movies (notably "Eight Taels of Gold" and "The Soong Sisters") but, also, that films like "He Ain't Heavy, He's My Father" were better at capturing the spirit of the times (1950s-1960s).

On a lighter note: since you're a fan of Ann Hui (whose "The Way We Are" I consider a bonafide, not just minor, classic), watch out for her appearance as the younger kid's school teacher in "Echoes of the Rainbow"! :)

Kingwho? Not got around to Night and fog yet, although I do have it, I have to admit I'm a little put off by the subject matter but I will watch it sometime. I'd love to see the Blue Jean monster poster.

YTSL, Tried to get a good mix of genres to keep me busy. I loved Throwdown, I know nothing about judo but the action scenes look fantastic and the quirky characters make for a fun movie. I didn't know Ann Hui was in Echoes, although if she is in it enough I probably would have noticed her.

Noticed and appreciated that you were going for a good mix of genres. Just thought that, well, your drama choices were weak relative to the other ones. The thing is -- there really are a lot of good Hong Kong dramas out there. Hope you don't get put off checking them out! :)

Ytsl, I'm always on the lookout for suggestions for movies I may have missed, any recommendations would be appreciated!

Don't want to repeat myself... so am wondering: have you checked out my reviews and recommendations on brns.com and also on my blog? :b

The Untold Story - Apparently Anthony Wong can vomit on cue and did so several times in this movie, is there no end to his talents?

Running on Karma is super goofy, especially when you can see the big chunks of foam missing from the muscle suit in some takes.