While watching A Hero never dies for a forthcoming post, it reminded me just how great the Raymond Wong score is, this got me thinking about just how many Hong Kong movies have great soundtracks but how few have actual soundtrack albums available, the soundtracks are sometimes more memorable than the movie itself! Unless the movie has a pop star acting in it or the movie is directed by a real heavyweight director such as Wong Kar Wai, then a soundtrack release is a rarity. 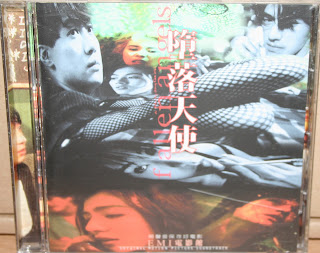 It would be great to see a release for so many Hong Kong soundtracks, The Killer and A Bullet in the head would be fantastic for starters, I love many of the Milkyway scores, Election has great music as does Exiled but none of these are available, there are just too many to list. Since I started with Raymond Wong, I will stick with him.
Looking at Raymond Wong's credits on his website he has done some great work and very little if any of it is available on cd. A few tracks are available on his site, and a few are available on the Milkyway 1996-2005 anniversary double cd box set, released to coincide with the 30th HKIFF 10th anniversary celebrations. The box set is good, it has tracks from The Odd one dies, PTU, Running out of time and more, but nothing is included from The Longest nite, which is also a great soundtrack, and only one track from A Hero never dies is included, the whole score deserves some form of a release, as do more of the featured films. 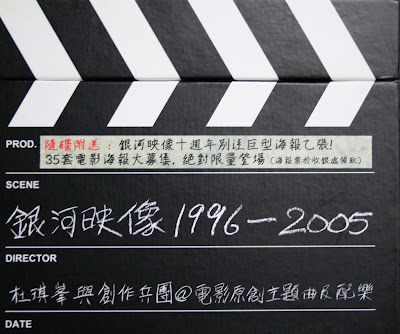 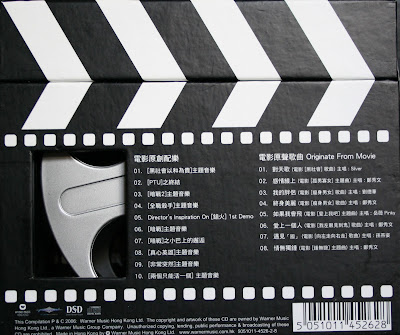 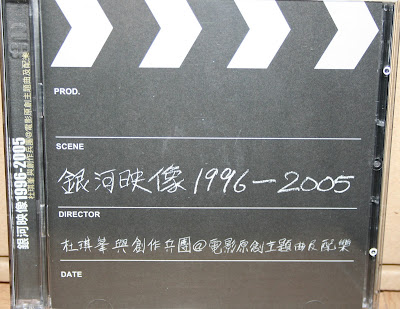 The second cd included in the box set includes canto-pop songs featured in Milkyway movies, I can't really get into canto-pop, I have tried, especially with Faye Wong who I adore, but it just doesn't click for me.

I understand that Hong Kong movie scores are a pretty niche market and that an actual cd release for these titles would probably not have made financial sense, but the paradigm shift in the selling and consuming of music to downloads must make a release a viable option for some of this music, hell not just this music but many scores that would always have been too niche to actually release on physical media, suddenly must be potentially viable as downloads, the costs involved must be much lower than a cd.

How does anyone else feel about this subject? Would you buy any HK film scores if they ever had a release, do you buy them on cd? Here is my most recent purchase. 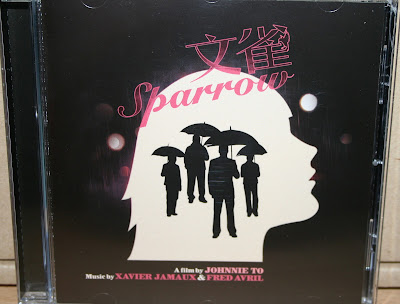 When I was younger I used to by US soundtracks ALL OF THE TIME. I have never been too fond of instrumentals as i always preferred 'popular' music with vocals attached to soundtracks.

That being said, i do have a few WKW soundtracks and have enjoyed some HK film compositions. But not enough to want to buy an entire CD. A soundtrack in MP3 form would be excellent! Especially if you could be able to pick and choose the songs you wanted instead of purchasing the entire 'album.'

Have you tried Asian film torrent/download sites? I have come across some HK films soundtracks in their entirety on a few sites.

Thats how I started with soundtracks too, I much prefer the scores themselves now though. I think it comes from loving spaghetti westerns so much, those scores by Ennio Morricone (and others) are just awesome.

I agree, being able to pick the tracks off an album only increases the chances of selling the music, I would think the actual composers would want the music out there, so they should be pushing for it to be released.

From all the interviews I've heard with composers, they only release soundtracks for films when there is a specific demand for them. So unless you have a blockbuster on your hand, it's hard to get a hold of these. Since not all tracks work outside the film, I like the idea of a compilation of the best works of a composer.

I'm with you on the spaghetti western soundtracks. There's an account on youtube (http://www.youtube.com/user/MorriconeRocks?blend=2&ob=1#p/a/u/0/IxXwzC0n4gs) that has ton of great ones to sample through. Too bad it hasn't been updated in about a year.

Since I'm not even 100% sure that half of my DVDs have the original Hong Kong scores on them, it's hard for me to comment on the music. I'd definitely take the soundtrack to Exiled over The Mission though! The cover of the Sparrow soundtrack is gorgeous though.

I'd take Exiled AND The Mission A.

The compilation idea is a good one, but somehow they always seem to miss tracks that you want. If they were to make them available for download you could just pick what you wanted and everybody would be happy!

Have you seen Sparrow?