The full trailer for the sixth season of Doctor Who since its rebirth was released yesterday and it looks fantastic. After Matt Smith and Karen Gillan's decent first year, hopefully they can kick on in their second attempt and live up to the promise shown sporadically through last season. 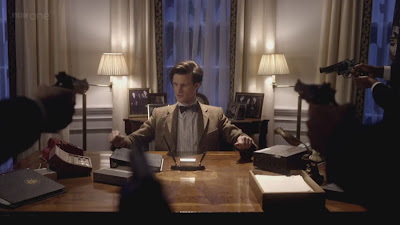 Smith in particular really started to find his feet as the season went on, and he captures the eccentricity of the Doctor particularly well. Gillan did okay, but was very underwritten and I hope that the writers this year give her more to do than the pouting and scowling she was given last time. 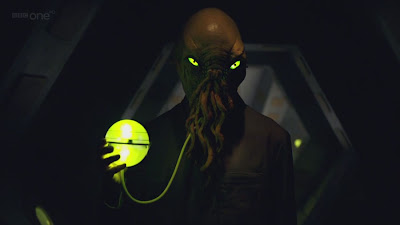 Always good to see the Ood back again, my favourite of the new creatures the Doctor has encountered since his return. The doll face creatures in the trailer look spooky and cool too.

The first episode is apparently screened during the Easter break, can't wait!
Posted by A hero never dies at 2:27 PM

Email ThisBlogThis!Share to TwitterShare to FacebookShare to Pinterest
Labels: Doctor Who