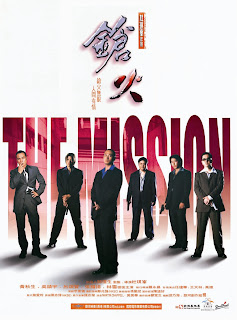 Johnnie To's The Mission is possibly my favourite Hong Kong film ever, its a film that has had acclaim from critics all over the world, and yet it has never received a quality, English friendly home video release anywhere in the world. Why?

The Hong Kong company Mei Ah released the film on vcd and dvd in late 1999, the vcd was acceptable for that format but a vcd is a vcd and that format is not of a high enough quality to count here. The dvd was a disaster, non-anarmorphic and plagued by horrible video artifacts.(which to be fair, was standard with most Hong Kong dvds at that time) Worse than this though, some sort of a watermark could be seen on the actual image. Mei Ah re-released the dvd sometime later to rectify the problem, but when this dvd came out, incredibly the watermark could still be seen.
The Mission was then advertised as being a title in line to receive remastering, part of a series of releases that Mei Ah would put out in the early to mid 2000's, this release never happened. A Mei Ah spokesman suggested it didn't happen due to the the the original elements not being of sufficient quality to be remastered, and so the dvd with the watermark is still the only version available from Hong Kong, the only thing going for this dvd is that it is English friendly.

A quality dvd of The Mission is available in France from TF1 video, the dvd is in PAL format, the video is anamorphic and is much brighter and more detailed than the Mei Ah disc. The dvd also seems to have more picture information at the left side of the frame. The sound is available in either a French dub or in the original Cantonese with forced French subtitles, but unfortunately English subtitles are not available. 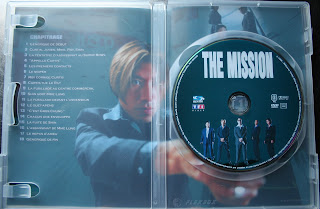 I have the French dvd and decided to have a go at creating my own English friendly disc from it, I stripped out all of the menus and subtitles until just the video file with the cantonese soundtrack was left. An .srt file was given to me and it was just a matter of matching up the two files together and burning back to a disc. It took a fair amount of effort as I had never done this kind of thing before, but I did it eventually and I'm pretty happy with the result. The screenshot below is taken with a camera as the subs wouldn't show on screen grabs.

As good as the homemade dvd is, I would still like a proper release, and thought I had found it when the mainland Chinese company Zoke released The Mission on their label. I read on a forum, from someone claiming to have the disc, that it had the same video as the French disc but also had English subtitles, I managed to get hold of a copy and disappointingly, can confirm that the dvd does not have English subs. I am unsure as to the legitimacy of the release anyway as it is clearly the French dvd, is it officially licensed from TF1 or is it just a rip? I remember them releasing Fist of Legend in a similar manner where the dvd was the French HK video disc. It comes in a slipcase that is a copy of the French artwork and then has a sleeve similar to the Hong kong artwork but with French text on the rear. 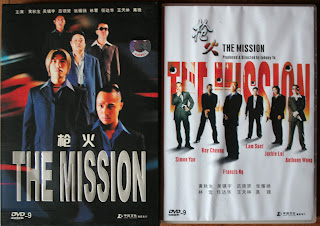 As the Zoke dvd is the same video wise as the TF1 disc I have not taken screen grabs from it, just from the Mei Ah and TF1 dvds, while every effort has been made to get as close to the same frame as possible from each dvd, using the equipment I have it is not possible to guarantee it is exactly the same frame. The screen grabs are presented exactly as captured and have not been processed in any way, the Mei Ah first and then the TF1. 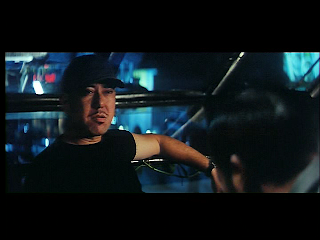 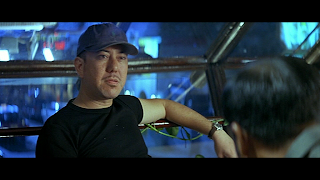 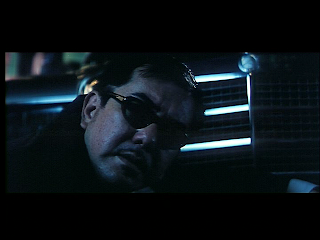 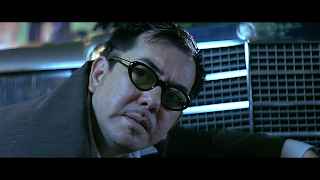 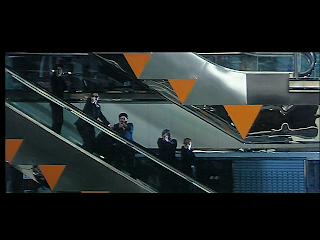 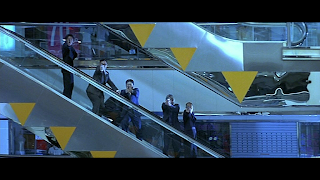 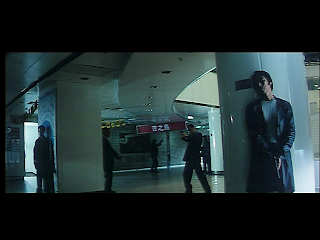 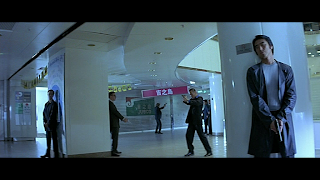 So why is there no quality English friendly release? As far as the US and UK are concerned, unless the film gets the long rumoured remake treatment, I cannot see it being released now, the perfect time to release it would have been when Exiled was released, given the links between the two films. It seems that the dvd market in the two countries has reached a saturation point, where even older films by internationally renowned filmmakers like Johnnie To are seen as too large a gamble to release domestically.
Hong Kong wise, when the French release is as good as this, it seems unlikely that Mei Ah could not remaster The Mission due to poor materials, after all where did the master for the TF1 disc come from? In addition to this I saw the film theatrically at the HKIFF in 2006 as part of the Milkyway image 10th anniversary screenings and the print looked in fantastic shape, so I can only think that a rights issue is preventing a new release in Hong Kong, if this is the case, fingers crossed that it will be resolved soon so we can see a blu ray release of this masterpiece.
Posted by A hero never dies at 7:31 PM

Hero, I linked this blog to the Heroic Sisterhood fan page.

the german release fails too

in a perfect world we'd see a criterion release, with commentary, new interviews with director and cast, and other goodies. i can dream, can't i?

Thanks achillesgirl for the extra exposure, some nice comments on there.

Nimrod, I think every other release is based on the Mei Ah master, does it have the watermark?

beyondasiaphilia, that would be a dream come true, but I would settle for a decent release without the bother with the subs.

nope, no watermark, its only crappy and non anamorphic

Good review! I recently found the Mei Ah in a bargin bin in Ottawa, Canada. It's complete trash as you've stated. The only people who I could see bothering to re-release it here would be Dragon Dynasty or Criterion. Criterion did do a nice round-up on JT with this: (http://www.criterion.com/explore/87-johnnie-tos-top-10). So who knows? Maybe they'll take a shot at some of his films.

A, Thanks for your comment, Criterion would be great, its just a dream though! Interesting that four out of that top ten would probably make my list too.

would you ever put your version up as a torrent? i have the crappy mei ah dvd and cant find the french dvd cheap anywhere. nice comparison review.