I've been feeling pretty miserable all this week, due to the online publication of the programme for the 35th Hong Kong international film festival on Thursday. I've known for a couple of months now that I wasn't going to be able to make it again this year, but looking through the programme at the films showing and the events taking place, it really hits home another year will pass without my wife and I experiencing the fragrant harbour.

Like fellow blogger A pessimist is never disappointed I do consider myself to be very lucky in having been to Hong Kong on numerous occasions, but once you get the taste, even visiting once a year cannot satisfy the appetite.

My last three visits have been based around the film festival, the first of these three being in 2006. We had only just been to HK in Oct 2005, but in Feb 2006, I found that the focus of the festival was to be the 10th anniversary of Milkyway image. I saw the list of films that were showing and the events taking place and just had to go. With only three weeks to left my wife, wonderful woman that she is agreed to a week to cover the main films and activities and quite honestly it was one of the best weeks of my life. We both enjoyed it so much that we did it again in 2007 for two weeks and 2008 for three weeks, we just wanted to carry on but unfortunately it wasn't to be, and the longer the gap between trips becomes, the worse the longing to go. 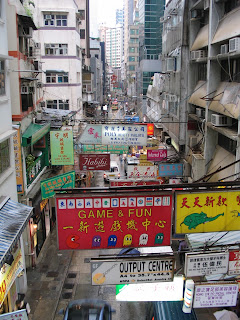 I felt miserable last year and the one before, however it was made slightly easier by the fact the festival focus in those two years were not so much of a priority to me. 2011 though is another Milkyway centric festival or Wai Ka Fai to be exact, Don't go breaking my heart, the new Johnnie To/Wai Ka Fai movie is the opening film of the festival and they will be present after the screening for a meet the audience session. The filmmaker in focus this year is Wai Ka Fai, with a wide range of his movies receiving screenings including Too many ways to be number one, The Longest nite and Mad detective, amongst others. Wai Ka Fai will also being doing a seminar titled Face to face, with the chance to meet and speak with him. Sigh. 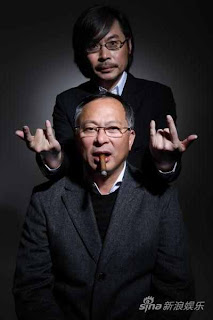 Many other films I would love to see theatrically are also showing and that isn't even including the new films that are premiering at the festival. We have the time booked off work, but for various reasons we are not able to attend, I need to get a grip and just get on with other stuff but I'm just finding it hard. I know it sounds pathetic with everything going on in the world at the moment, but sometimes its hard to keep things in perspective.

My answer in previous years has been to buy lots of Hong Kong movies and cram, if I can't go I need to bring that fragrant harbour home to me.
Posted by A hero never dies at 6:31 PM

I don't feel quite as bad as you, I guess. I was sitting at a table with people in January and listening as they told me how much I'd like the HKIFF but I don't think I would. I hate crowds and would rather see a film in an empty theater or on a DVD in front of my big TV.

And I think the HKIFF time frame overlaps with the Rugy Sevens in 2011 so the place will be crowded.

That said, I understand your longing. I think I'd break out of my shell and brave a crowd to see a Johnnie To film with To in attendance.

Have you done any blog posts about your past experiences there?

I can't feel too sorry for you, mate! =P

I met Wai Ka-fai a few years ago at the NYAFF. I have been meaning to do a blog post about it but forgot! You just jogged my memory and I will start on one tonight.

Please do some posts about your past time in HK. I would love to see pics and read your stories =)

If it's any consolation, a lot of the the Wai Ka Fai retrospective program screenings are scheduled to take place in the Space Museum -- NOT where they belong.

Regardless (and sorry if it sounds like rubbing it in), I'm very much looking forward to the HKIFF -- that is, if my 26 tickets ordered via the postal booking method come through!

Glenn, the festival does overlap with the rugby sevens but it didn't seem any busier than at other times of year, HK is just busy all the time! It really is a great time to go.
Most of the time I'm fine with just looking forward to my next trip, its just at this time of year, I think back to the excitement of seeing the programme for the first time and choosing screenings to go to, it make me feel a little melancholic, thats all. I will be doing some HK posts in the near future, its just sorting out the memories is sometimes difficult.

Kingwho?, You should go as soon as you can, maybe on your honeymoon? Look forward to the Wai Ka Fai post, and I' thinking about how best to do some HK posts, got loads of pics to share.

YTSL, It isn't rubbing it in don't worry. Is that 26 individual screenings? if so you're going to be really busy over those three weeks or so, are you going to blog about them? I will be happy to live the festival through those if so!