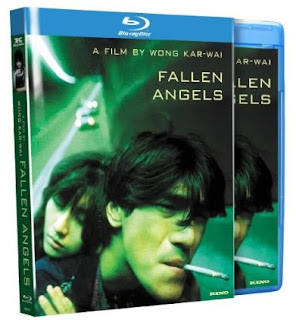 Fallen angels is considered a sequel to Chungking express, however originally the idea was for its story to be a third part of Chungking express, but at some point Wong Kar Wai decided to stick with two stories in that film and saved the ideas he had to use at a later date. I seem to remember reading somewhere in an interview with WKW that investors offered him funds to make a film about a hitman and that as long as it it had the hit scenes he could do what he wanted, a dangerous thing to say to WKW and I can only imagine what the investors made of the film when he delivered it to them, as this is a film featuring a hitman as only WKW could ever make. Fallen angels has numerous scenes that echo scenes in Chungking express but with roles and genders flipped around, all dealing with the familiar themes and obsessions of WKW, loneliness, alienation, time and space. It is the idea that we often share the time and space together but lack the ability to communicate within these boundaries that create the alienation and loneliness that drive his films.

Leon Lai and Michelle Reis play a hitman and his partner who sets up the hits, she secretly longs to be with him but spends all her time in the same space as him but at different times, Leon Lai's hitman doesn't notice and meets Karen Mok's Blondie. Takeshi Kaneshiro plays a mute who shares other peoples space in the form of their business, out of hours and insists on serving people with his services, whether they want it or not, he lives with his father in the Chungking mansions, he meets and tries to help Charlie Young's character to get her boyfriend back all the while falling in love with her. As in Chingking express the stories and characters intersect with each other to create a larger picture. 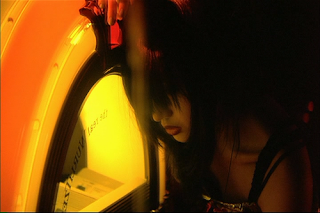 I am not the biggest fan of Leon Lai's acting but he does okay with his role here as he is so blank anyway, the rest of the cast are excellent though, with Michelle Reis, Charlie Young and Karen Mok all lighting up the screen, but it is Takeshi Kaneshiro who provides a very funny and touching centre to the film without ever saying a word. The chemistry between Kaneshiro and Chan Man Lei who plays his father is fantastic and the scenes between them are the heart of the film.

Any Hong Kong film fans who have been holding out on upgrading to blu ray, wait no longer. After a patchy start with many of our favourites released in shoddy editions which are no more than upscaled dvd transfers, Kino have restored faith in HK movies on blu ray by releasing this disc, Fallen angels is presented in 1080p with DTS-HD MA audio,  and it is no exaggeration to say seeing the film in this presentation was like seeing it for the first time. I have never seen Fallen angels in a cinema, only ever on vcd and what I thought was an adequate dvd release ( I was wrong). Seeing the film on this disc, it is easy to see why critics were swept up in a frenzy of hyperbole when the movie was released, so much of the film was hidden by the poor quality versions I had seen before. 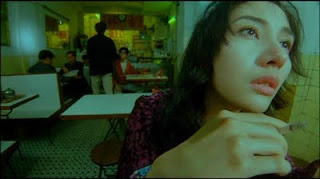 The art of Chris Doyle's cinematography shines through in this transfer, it really was exciting to see it. Even for anyone seeing the film theatrically at the time of release I cannot imagine it looked this good. Unfortunately I am unable to take screen grabs from the disc at present but if you go to Dvdbeaver via http://www.dvdbeaver.com/film/DVDCompare7/fallenangels.htm they have quite a few with comparisons of previous releases, to be honest though I don't think they accurately represent just how good this blu ray is. I am not trying to say in anyway that Fallen angels on blu ray is demo material in the way that the latest summer blockbuster maybe, it isn't pin sharp (and it never could be), but that is not the point, it is about the cinematography and I cannot imagine a more accurate representation of Chris Doyle and WKW's intentions. The depth of the image and the added range of the colour scale are the things that make this such a fantastic disc, rather than what viewers may normally look for in image quality. The DTS-HD MA soundtrack is also excellent with some real depth to the soundtrack, a massive improvement over previous releases. 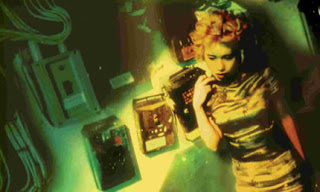 Extras include an interview with Chris Doyle (7 mins) very interesting as ever, talking about colour , shooting actors and his relationship with WKW and the rest of the team. I have a question though, is this guy ever sober?

Three featurettes are also included. Only you (7 mins) is an interview with WKW on the idea behind Fallen angels and its relationship to Chungking express. Whom you miss (4 mins) is a very entertaining profile of Chan Man Lei who plays Takeski Kaneshiro's father in Fallen angels, but who was also the actual manager of the Chungking mansions hotel at the time of filming. A beautiful evening (4 mins) is a behind the scenes look at the end scene in the restaurant with commentary from WKW. The extras included feel like a tease as they are over far too quickly, they include behind the scenes shots and cut scenes/discarded ideas and they just leave you wanting more, however unlike most dvd extras I will rewatch them, and probably multiple times. All of this these extras are in SD, however a stills gallery and trailers for Fallen angels and Happy together in HD round out the blu ray and the trailer for Happy together looks incredible and as a result that blu ray is on its way to me.

If you like Fallen angels or if you haven't seen it before this is the only way to see and hear it. Go on you know you want to.
Posted by A hero never dies at 6:38 PM

This was the most exciting movie to watch for me and I have literally enjoyed watching it the most. The best thing is that it has been directed by the most reputed director in the history.