Most Anticipated Asian Movies Of 2011 UPDATED

Updated 14/07. I have added links to further coverage/reviews of the films listed where I have now seen them.

2011 is looking like being an excellent year for Asian film, here is a list of the movies I am most excited by, these are the ones on my radar at the moment, hopefully many more will appear throughout the year. Due to release schedules some of the films may not appear in the UK this year but that is what imports are for.

This is Tsui Hark's remake of a remake of Dragon gate inn, he was a producer rather than director on the 1992 version but the film had Hark's fingerprints all over it. Hark has reportedly changed the storyline for Flying swords, but this should not be too much of a problem however, as long as it is not to shoehorn in the 3D aspects of the movie, as yes the 3D bug has bitten in China too, hopefully it will be unobtrusive and Flying swords will have a similar feel to the excellent 1992 version. 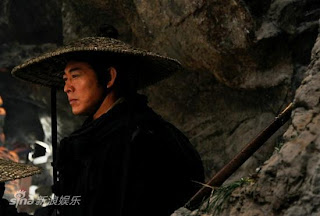 Flying swords of Dragon gate is not due to be released until late 2011 and with Jet Li starring I am sure excitement will be at fever pitch by the time it arrives. The last thing I will say about this film is that Zhou Xun is going to have to go some as the inn owner to top Maggie Cheung's performance in the 1992 version.

Benny Chan's Shaolin is one of the big films for Chinese new year and is out in the far east at the end of this month. Another remake, this time of the early eighties film Shaolin temple, the movie stars Andy Lau and Nicholas Tse and looks like the type of big budget martial arts movie that China/HK does so well. 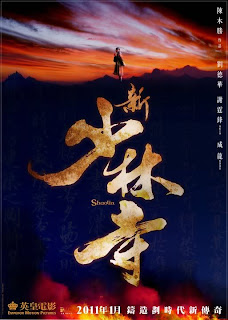 It will be interesting to see how the martial arts look from Andy Lau in particular in Shaolin as despite his appearance showing evidence to the contrary he is not getting any younger. The trailer looks pretty spectacular and I am hoping it will be a return to form for Benny Chan, who showed promise earlier in his career but has since made more than his fair share of rubbish.

Jiang Wen's Let the bullets fly has already been out in China since December and so is very likely to appear in the UK at some point this year, and I cannot wait, advance buzz has been incredibly strong on this film so far and I think it will only get stronger as more people see it. 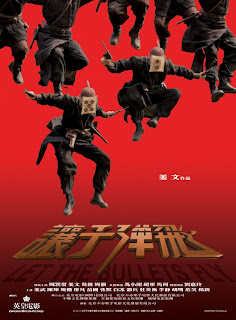 Starring Chow Yun Fat, Jiang Wen, Ge You and Carina Lau, Let the bullets fly is another attempt at an Asian western, but this one seems like the one to really satisfy where previously others have failed. The buzz is that it is very entertaining, very funny and that the action is great too, what more could you ask for?

Click here for my Let the bullets fly review

Takashi Miike's 13 Assassins is another film that was released in its native country last year and it is scheduled for release in the UK in springtime I think. I am so excited to see this film, think of it this way, its seven samurai plus six more!

As if I wasn't already itching to see 13 Assassins, I heard the Toronto film festival podcasts from the GGTMC guys http://theggtmc.blogspot.com/ where they covered 13 Assassins (amongst others) and Large William and co raved about it in ways so that I could almost see the film in my head. I am not the biggest Miike fan but when he does films where he is not going all out to shock I think he has some real talent (I love The Great Yokai war for instance). Really cannot wait for this.

The last two I am going to mention are the two most likely to not make 2011 out of the ones I have listed, firstly Wong Kar Wai's The Grandmasters. The long rumoured Ip man film is due for release this year but given WKW's history I won't be holding my breath. I suppose you could ask the question, do we need another film about Ip man? Well maybe not but this is Wong Kar Wai and Tony Leung  working together again and nothing bad can come of that, added to that action by Yuen Woo-Ping and I am stoked. 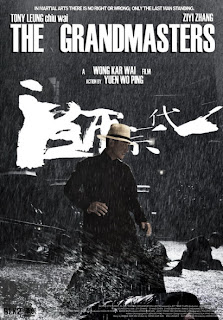 Secondly Johnnie To's Life without principle, this Milkyway production seems to be similar in gestation to PTU and Sparrow, in that it was started without a complete script and was changed and is changing as time goes on and may not be released anytime soon, the only constant seem to be that the film will star Lau Ching Wan and Richie Jen. The movie started life as death of a hostage and Johnnie To has stated that he does not know where the story is headed or even know the tone of the film he is aiming for but given that PTU and Sparrow turned out so well I am sure it will be worth the wait. 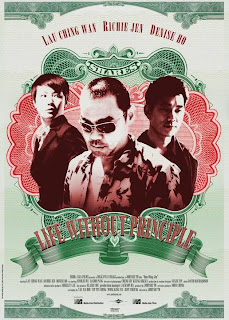 What is everyone else looking forward to?
Posted by A hero never dies at 6:17 PM