No weekly update for new stuff due to unusually poor weather in this part of the world. The Royal mail system ground to a stop for nearly two weeks and is still way behind, in the UK everything seems to stop if you have a few centimetres of snow so having 30cm in a day or two has really caused problems, we Brits just cannot seem to cope with the white stuff. So post has finally started arriving again and so far I have had 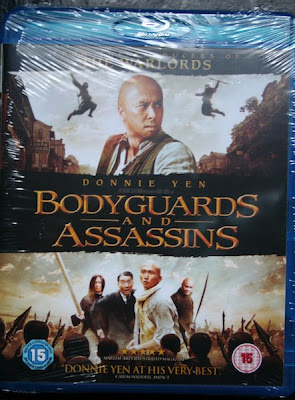 UK blu ray release of Teddy Chan's imperfect but very entertaining Bodyguards and assassins, I know lots of people had problems with the film but I really enjoyed it and the blu ray itself looks fantastic. 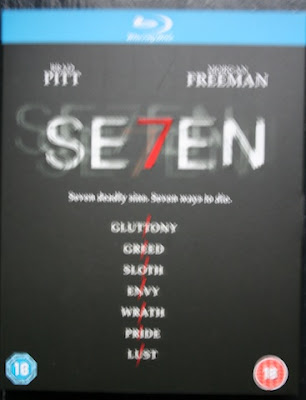 David Fincher's Seven on blu ray, upgrade from the dvd that I never actually watched all the way through (its Seven, you have to be in the mood) but it is time for a rewatch and this blu has an amazing transfer and is a massive improvement over the already impressive dvd. 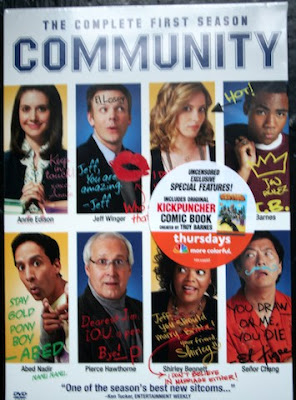 Season one of the funniest show on tv Community, excellent box set of all the episodes with some nice extras and a cast and crew commentary on every episode, if you haven't given this show a try you need to! 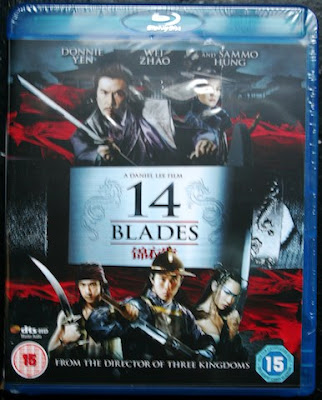 UK blu ray of Daniel Lee's 14 Blades, heard some pretty negative things about this but wanted to see it for the action and picked it up for not too much. 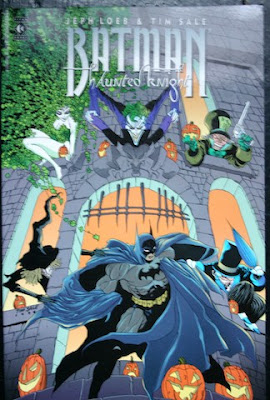 Batman The haunted knight by Jeph Loeb and Tim Sale, a collection of short Batman stories that features one of my favourite ever Batman shorts.

Loads more to come including the new limited edition Battle Royale blu ray set which I cannot wait for.
Posted by A hero never dies at 1:10 PM

Well, if the snow gets too big again, at least you have something to watch!