Just a quick catch up with what I have been watching over the holiday break. 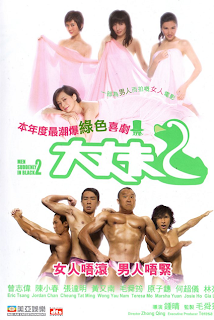 The sequel to Pang Ho-Cheung's original is good fun in places with some genuinely funny moments, but is ultimately disappointing, lacking the wit, invention and heart of the first film, replacing these with broader and more coarse humour and questionable taste in some scenes. It does however have some nice performances, particularly Josie Ho who was very good and Jordan Chan was very solid again. Extra points too for some nice Election references and Sandra Ng's cameo.

Love in a puff 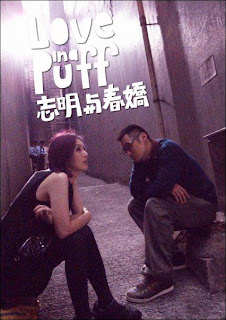 Pang Ho-Cheung's Cat III rom-com based around the back alleyways of Hong Kong, where after the smoking ban in public buildings came into effect HK workers congregate and share stories with each other while taking their smoke breaks. A very slight but diverting and entertaining story, with really good performances from Shawn Yue and Miriam Yeung. While watching Love in a puff I felt as though  I was missing out on some of the funny, feeling that the subtitle translation was not doing the Cantonese swearing justice, can any Cantonese speakers confirm if this is true or not? 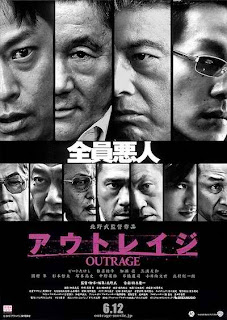 Takeshi Kitano's latest film is a return to the gangster genre that at least in the west he made his name with. An almost Shakespearean tale of political double crossing and back stabbing between different factions of yakuza, where they use increasingly inventive and nasty ways of maiming and killing each other. The film is very straightforward and is almost a series of set pieces without a narrative, but this works in the films favour, the strength of it being in its execution, it is very lean and very mean with not a single frame wasted. While Outrage is not as good a film as Sonatine or Hana-Bi it is a welcome return for Kitano to the genre. It also has the nastiest use of dental equipment I have seen for a long time.

Lastly, on an unrelated note I have been enjoying the heartwarming victory of the England cricket team, in retaining the Ashes


Awesome issues here. I'm very happy to see your article. Thank you a lot and I am taking a look forward to touch you. Will you kindly drop me a mail? gmail email login


Spot on with this write-up, I truly believe that this amazing site needs a lot more attention. I'll probably be back again to see more, thanks for the information! aol login